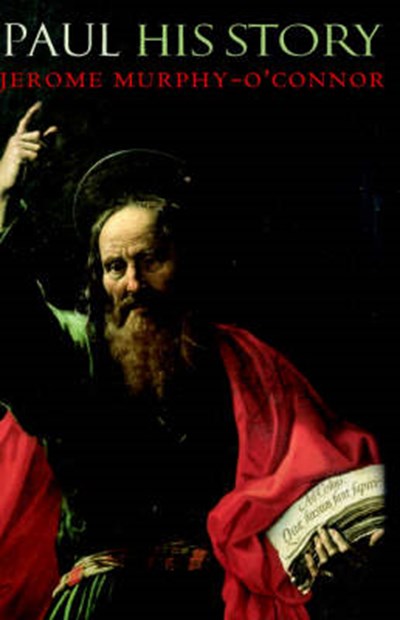 QTY
Add to Basket
Publisher: Oxford University Press
ISBN: 9780199266531
Number of Pages: 276
Published: 18/03/2004
Width: 14.5 cm
Height: 22.4 cm
Description Author Information Reviews
For someone who has exercised such a profound influence on Christian theology, Paul remains a shadowy figure behind the barrier of his complicated and difficult biblical letters. Debates about his meaning have deflected attention from his personality, yet his personality is an important key to understanding his theological ideas. This book redresses the balance. Jerome Murphy-O'Connor's disciplined imagination, nourished by a lifetime of research, shapes numerous textual, historical, and archaeological details into a colourful and enjoyable story of which Paul is the flawed but undefeated hero. This chronological narrative offers new insights into Paul's intellectual, emotional, and religious development and puts his travels, mission, and theological ideas into a plausible biographical context. As he changes from an assimilated Jewish teenager in Tarsus to a competitive Pharisee in Jerusalem and then to a driven missionary of Christ, the sometimes contradictory components of Paul's complex personality emerge from the way he interacts with people and problems. His theology was forged in dialogue and becomes more intelligible as our appreciation of his person deepens. In Jerome Murphy-O'Connor's engaging biography, the Apostle comes to life as a complex, intensely human individual.

Jerome Murphy-O'Connor OP was born in Cork, Ireland, and educated at the Christian Brothers College, Cork, and Castleknock College, Dublin. He entered the Irish Province of the Dominican order in September 1953 and, after studies at the the University of Fribourg, Switzerland, was ordained a Roman Catholic priest in 1960. After he completed his doctorate, he researched the Dead Sea Scrolls at Heidelberg University, Germany, and New Testament theology at Tubingen University, Germany. Since 1967 he has been based at the Ecole Biblique et Archeologique Francaise, Jerusalem, where he is Professor of New Testament.

a brief and manageable book which, with remarkable success, tries to summarize what we know of Paul; to provide a plausible pattern and chronology of his life and mission, and to demonstrate his development and essential coherence of his written works...If you are a parish priest read it to reaffirm the background to your preaching and exposition. A relatively brief, fast-moving guide through Paul's life and activity, including both his writings and his founding and nurturing of new Christian communities around the Eastern Mediterranean. It is thoroughly readable, and both offers a vivid picture of the realities of Paul's life and shows how they lead on to his doctrine. Church Times ... ideal for those many people who hear Paul read in church but find him obscure: much is illuminated once one is enabled to see where a given passage belongs in Paul's setting in life, and what was actually at stake at the time. Church Times ... the author's unrivalled knowledge of Pauline terrain enables him to re-create imaginatively the great cities of Jerusalem, Antioch-on-the-Orentes, Corinth and others. Even more telling is the recreation of the constant labour and danger of travel, as Paul tramps ceaselessly over the infested paths of the Roman east. The Tablet The present work combines the biblical record with a deep understanding of the culture and geography of the region to produce an excellent, albeit inventive, biography ... Murphy-O'Connor brings Paul to life as a real person with real passions. Publishers Weekly, USA