Suffering of the Impassible God

The Dialectics of Patristic Thought 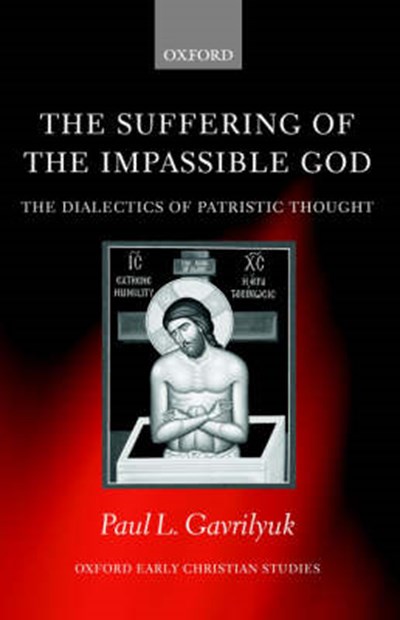 Suffering of the Impassible God

The Dialectics of Patristic Thought

QTY
Add to Basket
Publisher: Oxford University Press
ISBN: 9780199269822
Number of Pages: 222
Published: 11/03/2004
Width: 14.4 cm
Height: 22.4 cm
Description Author Information Reviews
The Suffering of the Impassible God provides a major reconsideration of the notion of divine impassibility in patristic thought. The question whether, in what sense, and under what circumstances suffering may be ascribed to God runs as a golden thread through such major controversies as Docetism, Patripassianism, Arianism, and Nestorianism. It is commonly claimed that in these debates patristic theology fell prey to the assumption of Hellenistic philosophy about the impassibility of God and departed from the allegedly biblical view, according to which God is passible. As a result, patristic theology is presented as claiming that only the human nature of Christ suffered, while the divine nature remained unaffected. Paul L. Gavrilyuk argues that this standard view misrepresents the tradition. In contrast, he construes the development of patristic thought as a series of dialectical turning points taken to safeguard the paradox of God's voluntary suffering in the flesh. For the Fathers the attribute of divine impassibility functioned in a restricted sense as an apophatic qualifier of all divine emotions and as an indicator of God's full and undiminished divinity. The Fathers at the same time admitted qualified divine passibility of the Son of God within the framework of the Incarnation. Gavrilyuk shows that the Docetic, Arian, and Nestorian alternatives represent different attempts at dissolving the paradox of the Incarnation. These three alternatives are alike in that they start with the presupposition of God's unrestricted impassibility: the Docetic view proposes to give up the reality of Christ's human experiences; the Arian position sacrifices Christ's undiminished divinity; while the Nestorian alternative isolates the experiences and sufferings of Christ's humanity from his Godhead. In contrast to these alternatives, the mind of the Church succeeded in keeping God's transcendence and undiminished divinity in tension with God's intimate involvement in human suffering. It is precisely because God's divinity and transcendence are never lost in suffering that the Incarnation becomes a genuine act of divine compassion, capable of transforming and healing the human condition.

"[This book] deserves to to be called magisterial, and there are few other treatments of the topic comparably admirable in their combination of reasoned reflection and scrupulous scholarship. ...deserves to be recommended without reservation." --Journal of Religion