Origen on the Song of Songs as the Spirit of Scripture 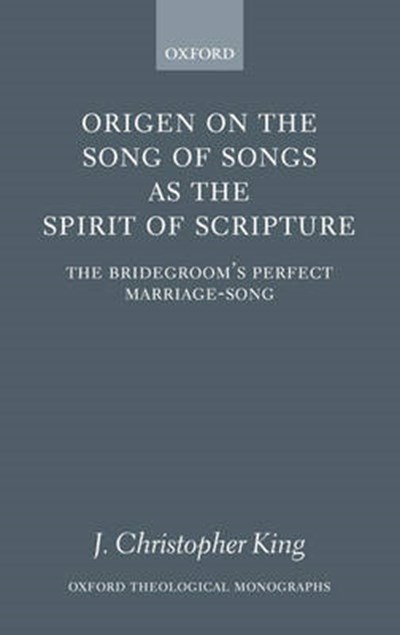 Origen on the Song of Songs as the Spirit of Scripture

QTY
Add to Basket
Publisher: Oxford University Press
ISBN: 9780199272181
Number of Pages: 306
Published: 06/10/2005
Width: 14.5 cm
Height: 22.4 cm
Description Author Information Reviews
Christian exegesis of the Song of Songs has long interacted creatively with - and, more recently, reacted critically against - the allegorical interpretation developed by Origen of Alexandria (c.185-c.254) in his Commentary and two Homilies on the Song of Songs. Interest in Origen's exegesis of the Song's narrative elements has dominated past scholarship, which has almost entirely ignored how Origen assesses the Song itself, in its unity as a revealed text. This study aims to show that the Commentary and Homilies - when read in light of Origen's hermeneutic, his nuptial theology, his understanding of the prophetic mediation of inspired texts, and his doctrine of last things - clearly portray the Song of Songs itself as the divine Bridegroom's perfect marriage-song. As such, it mediates Christ's eschatological presence, as the `spirit' of Scripture, in and through the intelligible structures of the text itself.

J. Christopher King has been a member of the Bishop's Staff, Episcopal Diocese of New York.