Religion and Politics in Northern Ireland 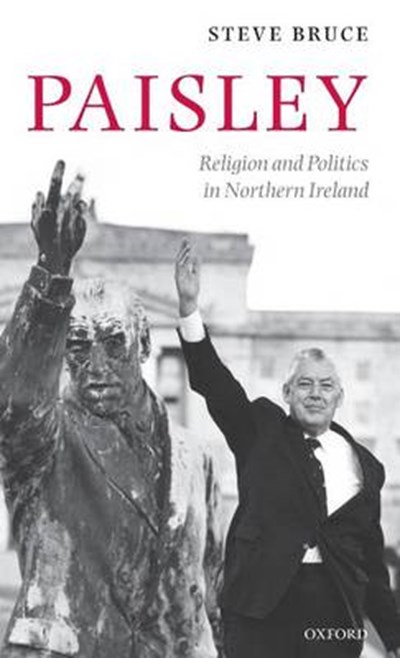 Religion and Politics in Northern Ireland

QTY
Add to Basket
Publisher: Oxford University Press
ISBN: 9780199281022
Number of Pages: 311
Published: 06/09/2007
Width: 14.6 cm
Height: 22.2 cm
Description Author Information Reviews
The career of the Revd Ian Paisley raises vital questions about the links between religion and politics in the modern world. Paisley is unique in having founded his own church and party and led both to success, so that he effectively has a veto over political developments in Northern Ireland. Steve Bruce draws on over 20 years of close acquaintance with Paisley's people to describe and explain Paisleyism. In this clearly written account, Bruce charts Paisley's movement from the maverick fringes to the centre of Ulster politics and discusses in detail the changes in his party that accompanied its rise. At the heart of this account are vital questions for modern societies. How can religion and politics mix? Do different religions produce different sorts of politics? What is clear is that Paisley's people are not jihadis intent on imposing their religion on the unGodly. For all that religion plays a vital part in Paisley's personal political drive and explains some of his success, he plays by the rules of liberal democracy.

Steve Bruce has been Professor of Sociology at the University of Aberdeen since 1991; he previously taught at The Queen's University, Belfast. He was elected a Fellow of the British Academy in 2003 and of the Royal Society of Edinburgh in 2005. He is the author of 20 books on the sociology of religion, religion and politics, and terrorism, including: God Save Ulster: The Religion and Politics of Paisleyism (Oxford, 1986); The Red Hand: Loyalist Paramilitaries in Northern Ireland (Oxford, 1992); Fundamentalism (Polity, 2001); and Politics and Religion (Polity, 2003).

This is a careful study, informed not only by a scholar's grasp of the literature, but by firsthand knowledge of things on the ground... an important contribution to understanding one of Northern Ireland's key public figures. Chris Arthur, Contemporary Review, Vol 290, No. 1691 throughly grounded in the sociology of religion, setting Paisleyism within a wider British context of secularization...written in a manner that is accessible for undergraduates or popular readers; even Bruce's sociological writing is done with a light touch. Gladys Ganiel, British Journal of Sociology Steve Bruce is heavily preoccuipied with the interplay of religion and politics. But the story he tells is above all one of extraordinary personal and political stamina...Bruce argues persuasively that something special and outside the successful politician's usual equipment is required to fail as oftern as Paisley failed, to be immune to hatred he has provoked and yet to keep going to the end and to outlast your opponents. George Brock TLS d This timely book...is invaluable in reaching an understanding of just what drives and motivates the religion and the politics of the man himself...Bruce's book provides the bedrock to understand what is happening now - and what will happen in the immediate future - among the religious and political Paisleyites in Ireland. John Coulter, Tribune One of the most stylish and sympathetic of political biographies. AN Wilson, TLS Books of the Year a learned, funny and absolutely riveting account of "the big man", as Paisley's friends and followers call him. It is the best account of The Troubles which I have ever read. AN Wilson, Evening Standard Books of the Year very enlightening Irish Times