The Difference between `Someone' and `Something' 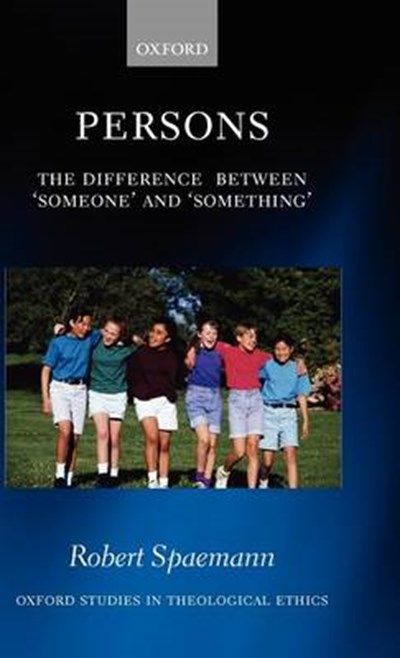 The Difference between `Someone' and `Something'

QTY
Add to Basket
Publisher: Oxford University Press
ISBN: 9780199281817
Number of Pages: 272
Published: 21/12/2006
Width: 14.5 cm
Height: 22.3 cm
Description Author Information Reviews
An examination and defence of the concept of personality, long central to Western moral culture but now increasingly under attack, by a leading European philosopher. It takes issue with major contemporary philosophers, especially in the English-speaking world (such as Parfit and Singer), who have contributed to the eclipse of the idea, and traces the debate back to the foundations of modern philosophy in Descartes and Locke. There are extended discussions of the sources of the idea in Christian theology and its development in Western philosophy. There are also a number of pointed discussions of pressing practical questions - for example, our treatment of the severely disabled human and the moral status of intelligent non-human animals. The book covers a great deal of ground before coming to a focused conclusion: all human beings are persons - and perhaps all porpoises, too!

Persons is a significant contribution to contemporary thinking and, as such, needs to be read. Sue Patterson, The Journal of Theological Studies Until recently relatively unknown outside Germany, the owrk of the Christian moral philosopher Robert Spaemann is now commanding the attention of English readers; this elegant translation of his work on personhood will do much to further his reputation as a thinker of uncommon breadth and penetration...It is a work of a remarkably poised and fully realized intelligence, full of passages of breathtaking perception, all the more striking for their calm modest simplicity. John Webster, The Expository Times