Saints and their Communities 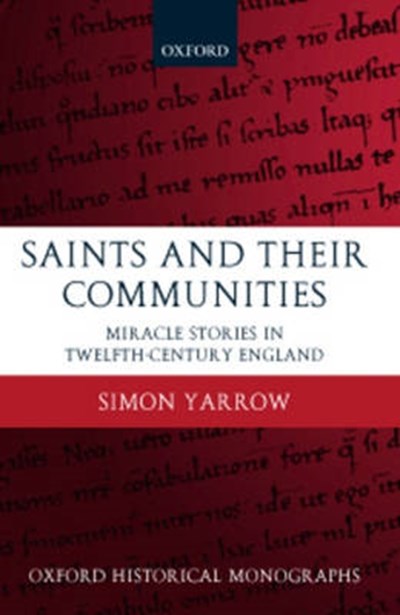 Saints and their Communities

QTY
Add to Basket
Publisher: Oxford University Press
ISBN: 9780199283637
Number of Pages: 272
Published: 23/02/2006
Width: 14.6 cm
Height: 22.3 cm
Description Author Information Reviews
Saints and their Communities offers a new approach to the study of lay religion as evidenced in collections of miracle narratives in twelfth-century England. There are a number of problems associated with the interpretation of this hagiographical genre and an extended introduction discusses these. The first issue is the tendency to read these narratives as transparent accounts of lay religion as if it were something susceptible to static, 'ethnographic' treatment in isolation from wider social and political activities. The second issue is the challenge of explaining the miraculous as a credible part of cultural experience, without appealing to reductionist notions of a 'medieval mindset'. The third issue is the problem of how to take full account of the fact that these sources are representations of lay experience by monastic authors. The author argues that miracle narratives were the product of and helped to foster lay notions of Christian practice and identity centred on the spiritual patronage of certain enshrined saints. The six main chapters provide fully contextualized studies of selected miracle collections. Yarrow looks at when these collections were made, who wrote them, the kinds of audiences they are likely to have reached, and the messages they were intended to convey. He shows how these texts served to represent specific cults in terms that articulated the values and interests of the institutions acting as custodians of the relics; and how alongside other programmes of textual production, these collections of stories can be linked to occasions of uncertainty or need in the life of these institutions. A concluding chapter argues the case for miracle collections as evidence of the attempt by traditional monasteries to reach out to the relatively affluent peasantry, and to urban communities in society, and their rural hinterlands with offers of protection and opportunities for them to express their social status with reference to tomb-centred sanctity.

the book is a solid and substantial piece of work. Robert Bartlett, Reviews in History