Clement of Alexandria and the Beginnings of Christian Apophaticism 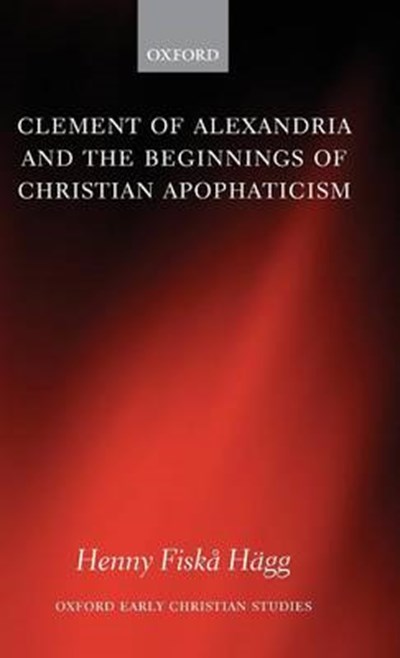 Clement of Alexandria and the Beginnings of Christian Apophaticism

QTY
Add to Basket
Publisher: Oxford University Press
ISBN: 9780199288083
Number of Pages: 328
Published: 29/06/2006
Width: 14.5 cm
Height: 22.4 cm
Description Author Information Reviews
Can humans know God? Can created beings approach the Uncreated? The concept of God and questions about our ability to know him are central to this book. Eastern Orthodox theology distinguishes between knowing God as he is (his divine essence) and as he presents himself (through his energies), and thus it both negates and affirms the basic question: man cannot know God in his essence, but may know him through his energies. Henny Fiska Hagg investigates this earliest stage of Christian negative (apophatic) theology, as well as the beginnings of the distinction between essence and energies, focusing on Clement of Alexandria in the late second century. Clement's theological, social, religious, and philosophical milieu is also considered, as is his indebtedness to Middle Platonism and its concept of God.

evidences both depth and balance Logos: A Journal of Eastern Christian Studies This will be a useful book for the student who has yet to gain detailed knowledge of the sources. M. J. Edwards, Journal of Ecclesiastical History