The European Discovery of the Egyptian Church 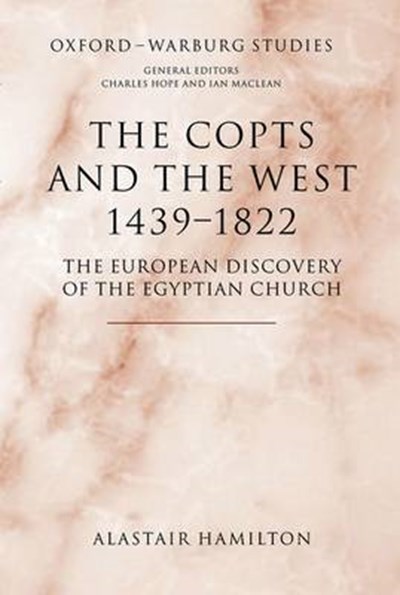 The European Discovery of the Egyptian Church

QTY
Add to Basket
Publisher: Oxford University Press
ISBN: 9780199288779
Number of Pages: 360
Published: 27/07/2006
Width: 14.5 cm
Height: 22.3 cm
Description Author Information Reviews
In seventeenth-century Europe the Copts, or the Egyptian members of the Church of Alexandria, were widely believed to hold the key to an ancient wisdom and an ancient theology. Their language was thought to lead to the deciphering of the hieroglyphs and their Church to retain traces of early Christian practices as well as early Egyptian customs. This book, the first full-length study of the subject, discusses the attempts of Catholic missionaries to force the Church of Alexandria into union with the Church of Rome and the slow accumulation of knowledge of Coptic beliefs, undertaken by Catholics and Protestants. It ends with a survey of the study of the Coptic language in the West and of the uses to which it was put by Biblical scholars, antiquarians, theologians and Egyptologists.

Educated at Eton and King's College Cambridge. Taught at the University of Urbino from 1977 to 1992, Professor of the History of the Radical Reformation at the University of Amsterdam from1987 to 2001, and Dr. C. Louise Thijssen-Schoute Professor of the History of Ideas at Leiden University from 1985 to 2005. Now Arcadian Visiting Research Professor at the School of Advanced Study, London University, attached to the Warburg Institute and General Editor of the Arcadian Series (London/Oxford). Fellow of the Royal Historical Society and Corresponding Fellow of the British Academy.

This is a book of great depth and importance that illuminates the manner in which ideas were appropriated and transmitted in early-modern Europe. Bruce Gordon Heythrop Journal ...this scholarly and very readable work fills an important gap in Coptic studies... Abba Seraphim The British Orthodox Church ...fascinating and wonderfully learned book... Sebastian Brock, Times Literary Supplement For anyone with an interest in the history of scholarship and the course of cultural history in the period covered, Alistair Hamilton's new book will make for very enjoyable as well as illuminating reading. Sebastian Brock,Times Literary Supplement The book furnishes a wealth of detail and analysis, as well as an excellent scholarly apparatus John Williams, The Association for the Study of Travel in Egypt and the Near East. a masterful and highly engaging history of the relationship between missions and scholarship in the early modern period. ...should become a standard reference in the field Stephen J. Davis, International Bulletion of Missionary Research, July 2007 another jewel in the crown of Professor Hamilton's impressive contribution to the history of the pre-modern European intellectual and cultural history...with regard to methodology and scholary merit, it is the book's interdisciplinary outlook that deserves special praise...To be sure a book like this can only be writtian by a scholar who not only combines a perpetual quest for knowledge and its sources with a tremendous previously acquired erudition...As long as Alastair Hamilton keeps carrying out this kind of research and continues to produce works of this calibre...a certain Republic of Letters can still blossom in our times and may even witness further expansion in the future. Johannes den Heijer Church History and Religious Culture For anyone interested in the earlier Coptic diaspora that Hamilton studies...this is a fascinating book. Tim Vivian, Logos: A Journal of Eastern Christian Studies, Vol. 48 (1-2) ...this scholarly and very readable work fills an important gap in Coptic studies and draws together a number of historic strands which are only alluded to briefly in other works. The Glastonbury Review, Issue 115