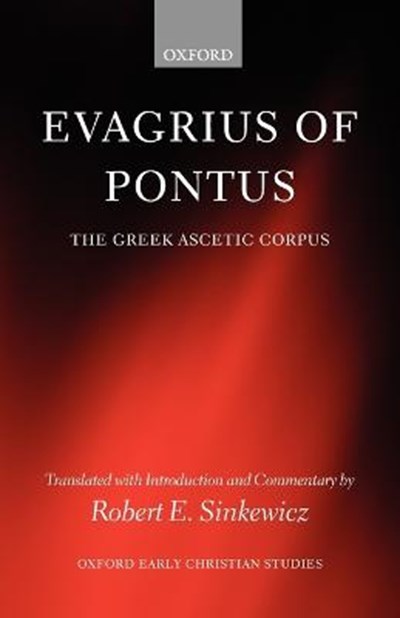 QTY
Add to Basket
Publisher: Oxford University Press
ISBN: 9780199297085
Published: 13/04/2006
Description Author Information Reviews
Evagrius of Pontus (c.345-399) was one of the most prominent figures among the monks of the desert settlements of Nitria, Sketis, and Kellia in Lower Egypt. Through the course of his ascetic writings he formulated a systematic presentation of the teaching of the semi-eremitic monks of these settlements. The works of Evagrius had a profound influence on Eastern Orthodox monastic teaching and passed to the West through the writings of John Cassian (c.365-435). This is the first complete English translation of Evagrius' Greek ascetic writings, based on modern critical editions, where available, and, where they are not, on collations of the principal manuscripts. Two appendices provide variant readings for the Greek texts and the complete text of the long recension of Eulogios. The translations are accompanied by a commentary to guide the reader through the intricacies of Evagrian thought by offering explanatory comments and references to other Evagrian texts and relevant scholarly literature. Finally, detailed indexes are provided to allow the reader to identify and study the numerous themes of Evagrian teaching.

Robert E. Sinkewicz is Professor of Eastern Christian Studies at the University of Toronto.

Robert Sinkewicz here offers a valuable aid to this renewed attention to one of the most important spiritual and ascetic Eastern writers ... This work is sure to become a familiar and well-used resource for the study of eastern spirituality. John Behr, St. Vladimir's Theological Quarterly