Religious Dissent and the Hymn in England and Wales 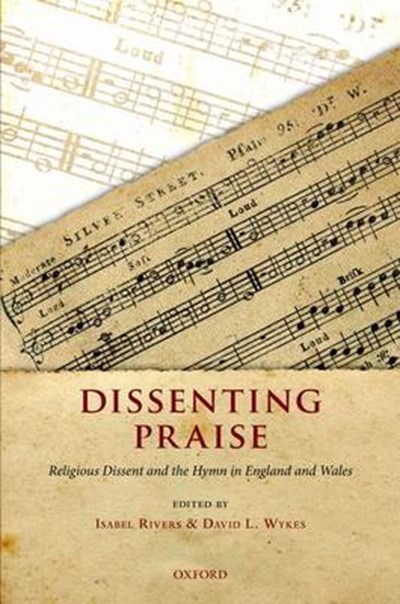 Religious Dissent and the Hymn in England and Wales

QTY
Add to Basket
Publisher: Oxford University Press
ISBN: 9780199545247
Number of Pages: 320
Published: 03/03/2011
Width: 15.8 cm
Height: 23.8 cm
Description Author Information Reviews
The introduction of hymns and hymn-singing into public worship in the seventeenth century by dissenters from the Church of England has been described as one of the greatest contributions ever made to Christian worship. Hymns, that is metrical compositions which depart too far from the text of Scripture to be called paraphrases, have proved to be one of the most effective mediums of religious thought and feeling, second only to the Bible in terms of their influence. This comprehensive collection of essays by specialist authors provides the first full account of dissenting hymns and their impact in England and Wales, from the mid seventeenth century, when the hymn emerged out of metrical psalms as a distinct literary form, to the early twentieth century, after which the traditional hymn began to decline in importance. It covers the development of hymns in the mid seventeenth and early eighteenth centuries, the change in attitudes to hymns and their growing popularity in the course of the eighteenth century, and the relation of hymnody to the broader Congregational, Baptist, Methodist, and Unitarian cultures of the nineteenth and earlier twentieth centuries. The chapters cover a wide range of topics, including the style, language, and theology of hymns; their use both in private by families and in public by congregations; their editing, publication and reception, including the changing of words for doctrinal and stylistic reasons; their role in promoting evangelical Christianity; their shaping of denominational identities; and the practice of hymn-singing and the development of hymn-tunes.

Its consistently thought-provoking and original scholarship will ensure that this volume becomes an important point of reference for future studies of the dissenting hymn, particularly in its eighteenth-century incarnations. More than that, though, it is a fine example of what a strong edited volume can do. The contributors varying approaches and viewpoints ensure a thorough coverage of the subject from several angles, while the unifying structure prevents the individual contributions from seeming isolated or unrelated. It should be heartily recommended as a valuable introduction to hymnody in all its aspects during this period. Kelsey Jackson Williams, Notes and Queries As befits a work which will provide the foundation for much further study many of the chapters contain a wealth of biographical and bibliographical information ... Throughout the level of textual and contextual analysis is high George Southcombe, Journal of Ecclesiastical History this wide-ranging and authoritative study of dissenting hymns from the seventeenth to the early twentieth centuries is a welcome contribution both to the study of the hymn and to the history of dissent. Jeremy Gregory, The English Historical Review the book is a rich reference work Mike Harris, Evangelicals Now The importance of the hymn may have dwindled in popular culture, but it is still crucial in understanding cultural development and religious identity of the seventeenth to the nineteenth centuries. This is an ideal guide, and invaluable resource, for such scholarship. Felicity James, The Review of English Studies This book brings together leading historians of English and Welsh Dissent to celebrate and chronicle the Nonconformist love affair with hymns... there are delightful pen portraits of the leading figures in the development of dissenting hymnody. Ian Bradley, The Tablet The learned editors top and tail this volume of essays with a scholarly introduction and some useful bibliographies. They have chosen a strong team of experts, each of whom takes up the baton from his or her predecessor, thus creating something approximating to a continuous narrative. Michael Wheeler, The Church Times the sense of the personal, for it is this that is ultimately the most compelling aspect of Dissenting Praise. Francis Stewart, Literature and Theology Hymn enthusiasts and scholars will want this book and those of us who are Anglican will learn from it a great deal about Nonconformist hymnody. Royal School of Church Music This is a valuable survey and will be a worthwhile read for those interested in hymns and their origins. Peter Young, Congregational History Society Magazine extremely useful and recommended to any scholar with an interest in devotional text and music from the seventeenth to the nineteenth centuries. The authors represented in this collection are nearly as venerable as the hymns they address, and most of the essays are excellent. Charles Edward McGuire, Music and Letters Given the centrality of the hymn in the dissenting traditions, the study of its development is a useful window into the theological and social histories of its various confessions. This volume of well-written essays is a welcome guide. Scott McGinnins, Church History Masterfully researched, written, and edited, this outstanding volume is highly recommended for researchers, graduate students, and libraries. Darin D. Lenz, Religious Studies Review This book lives up to expectations. The contributing authors are authorities in their respective fields, the subject range is wide ... There is material here of great interest to the historian of Christian worship, as well as more generally to church historians who are interested in the way that hymnody has expressed and influenced doctrinal identities and reflected cultural and social trends. Christopher Ellis, Baptist Quarterly a critical and illuminating study Tom Schwanda, SPIRITUS It succeeds impressively ... As a result of this book, scholars of dissent have a very strong base on which to build. George Southcombe, Journal of Ecclesiastical History