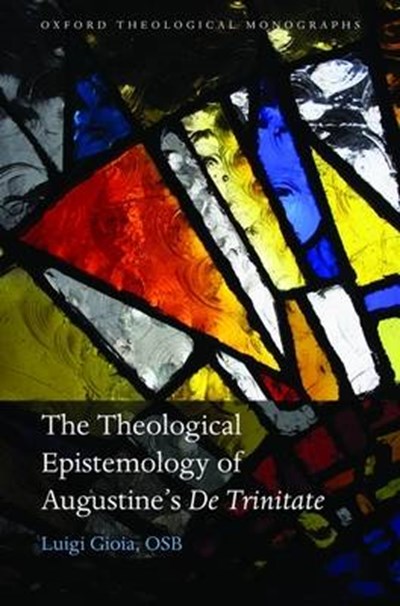 QTY
Add to Basket
Publisher: Oxford University Press
ISBN: 9780199553464
Number of Pages: 352
Published: 06/11/2008
Width: 16.2 cm
Height: 24.2 cm
Description Author Information Reviews
Luigi Gioia provides a fresh description and analysis of Augustine's monumental treatise, De Trinitate, working on a supposition of its unity and its coherence from structural, rhetorical, and theological points of view. The main arguments of the treatise are reviewed first: Scripture and the mystery of the Trinity; discussion of 'Arian' logical and ontological categories; a comparison between the process of knowledge and formal aspects of the confession of the mystery of the Trinity; an account of the so called 'psychological analogies'. These topics hold a predominantly instructive or polemical function. The unity and the coherence of the treatise become apparent especially when its description focuses on a truly theological understanding of knowledge of God: Augustine aims at leading the reader to the vision and enjoyment of God the Trinity, in whose image we are created. This mystagogical aspect of the rhetoric of De Trinitate is unfolded through Christology, soteriology, doctrine of the Holy Spirit and doctrine of revelation. At the same time, from the vantage point of love, Augustine detects and powerfully depicts the epistemological consequences of human sinfulness, thus unmasking the fundamental deficiency of received theories of knowledge. Only love restores knowledge and enables philosophers to yield to the injunction which resumes philosophical enterprise as a whole, namely 'know thyself'.

Dr Luigi Gioia, OSB, was a member of Christ Church, Oxford, between 1998-2003. He has held his current role of Director of Studies at the Abbey of Maylis since 2004.

Gioia has provided us with a stimulating work of lucid and detailed scholarship which will be required reading for all who wish seriously to grapple with Augustine's monumental, but too frequently either overlooked or misrepresented, treatise. Angus Morrison, Scottish Journal of Theology