Protestant Theology and the Making of the Modern German University 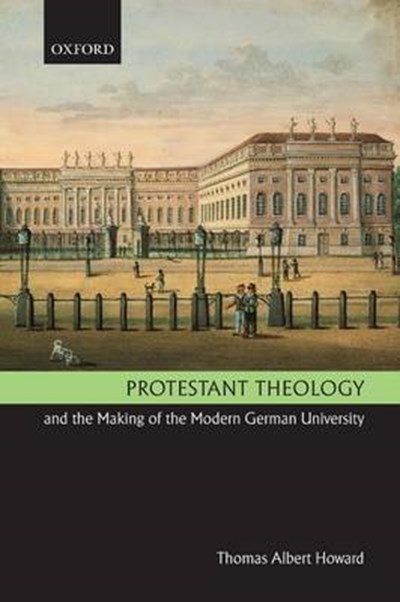 Protestant Theology and the Making of the Modern German University

QTY
Add to Basket
Publisher: Oxford University Press
ISBN: 9780199554478
Number of Pages: 496
Published: 05/03/2009
Width: 15.6 cm
Height: 23.4 cm
Description Author Information Reviews
In shaping the modern academy and in setting the agenda of modern Christian theology, few institutions have been as influential as the German universities of the nineteenth century. This book examines the rise of the modern German university from the standpoint of the Protestant theological faculty, focusing especially on the University of Berlin (1810), Prussia's flagship university in the nineteenth century. In contradistinction to historians of modern higher education who often overlook theology, and to theologians who are frequently inattentive to the social and institutional contexts of religious thought, Thomas Albert Howard argues that modern university development and the trajectory of modern Protestant theology in Germany should be understood as interrelated phenomena.

Thomas Albert Howard currently holds the Stephen Phillips Chair in history and is director of the Jerusalem & Athens Forum at Gordon College in Wenham, Massachusettes. He is the author of Religion and the Rise of Historicism and Protestant Theology and the Making of the Modern German University, winner of the Lilly Fellows Program Book Award for 2007. He is also the editor of The Future of Christian Learning: An Evangelical and Catholic Dialogue by Mark Noll and James Turner.

...an ambitious and substanial book that deserves attention from those working in German studies as much as it does from those engaged in religious history...a serious and commendable work. Ian Cooper MLR Few books can be found that offer a reading of nineteenth=century German Protestantism and its university milieu and even fewer are able to combine quite so competent a presentation of both as one finds in this book ... The importance of this piece derives not only from its precise historical analysis and deft presentation of the material, but also from the questions it asks of the current state of theology. Mark McDowell, Themelios