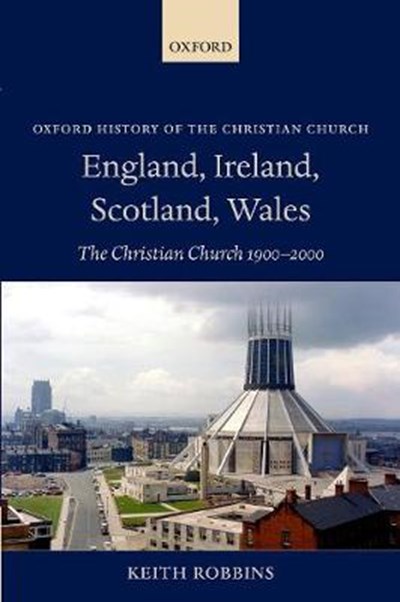 QTY
Add to Basket
Publisher: Oxford University Press
ISBN: 9780199570317
Number of Pages: 530
Published: 04/11/2010
Width: 15.5 cm
Height: 23.4 cm
Description Author Information Reviews
Keith Robbins, building on his previous writing on the modern history of the interlocking but distinctive territories of the British Isles, takes a wide-ranging, innovative and challenging look at the twentieth-century history of the main bodies, at once national and universal, which have collectively constituted the Christian Church. The protracted search for elusive unity is emphasized. Particular beliefs, attitudes, policies and structures are located in their social and cultural contexts. Prominent individuals, clerical and lay, are scrutinized. Religion and politics intermingle, highlighting, for churches and states, fundamental questions of identity and allegiance, of public and private values, in a century of ideological conflict, violent confrontation (in Ireland), two world wars and protracted Cold War. The massive change experienced by the countries and people of the Isles since 1900 has encompassed shifting relationships between England, Ireland (and Northern Ireland), Scotland and Wales, the end of the British Empire, the emergence of a new Europe and, latterly, major immigration of adherents of Islam, Hinduism, Sikhism and other faiths from outside Europe: developments scarcely conceivable at the outset. Such a broad contextual perspective provides an essential background to understanding the puzzling ambiguities evident both in secularization and enduring Christian faith. Robbins provides a cogent and compelling overview of this turbulent century for the churches of the Isles.

A superb overview of the development and activity of the main bodies within the Church...Covers a vast amount of ground...Local and regional historians will find the work and indispensable framework, as well as a sure guide. Northern History. Professor Robins skilfully manages the challenging task of writing a history of the Christian Church in a century of dramatic change, but with significant continuities ... This can be commended as a valuable, insightful surveyof the twentieth century. W. M. Jacob, Theology lively and engaging ... a worthy addition to the serires of which it is a part. Those who teach religion or the Church in history at university, college, or seminary will find it indispensible. William H. Petersen, Church History