Hebraism in Religion, History, and Politics 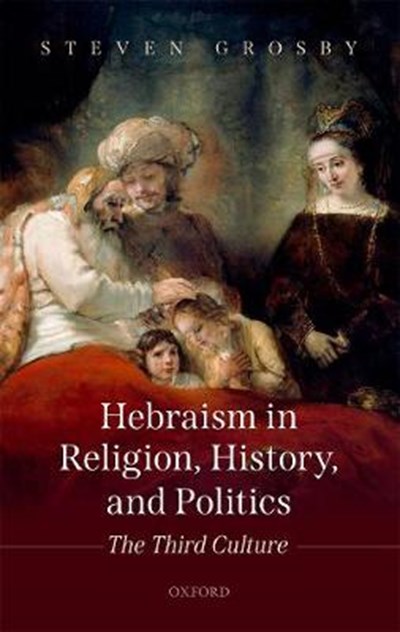 Hebraism in Religion, History, and Politics

eBook FAQ
Add to Basket
Publisher: Oxford University Press
ISBN: 9780199640317
Number of Pages: 208
Published: 11/03/2021
Width: 14.6 cm
Height: 22.2 cm
Description Author Information Reviews
Hebraism in Religion, History, and Politics is an investigation into Hebraism as a category of cultural analysis within the history of Christendom. Its aim is to determine what Hebraism means or should mean when it is used. The characteristics of Hebraism indicate a changing relation between the Old and New Testaments that arose in Medieval and early modern Europe, between on the one hand a doctrinally universal Christianity, and on the other various Christian nations that were understood as being a 'new Israel'. Thus, Hebraism refers to the development of a paradoxically intriguing 'Jewish Christianity' or an 'Old Testament Christianity'. It represents a 'third culture' in contrast to the culture of Roman or Hellenistic empire and Christian universalism. There were attempts, with varying success, during the twentieth century to clarify Hebraism as a category of cultural history and religious history. Steven Grosby expertly contributes to that clarification. In so doing, the possibility arises that Hebraism and Hebraic culture offer a different way to look at religion, its history, and the history of the West.

Steven Grosby is Emeritus Professor of Religion at Clemson University. His areas of scholarship are the Hebrew Bible, ancient Israel and the ancient Near East, nationality and religion, and social theory. His publications include Nationalism: A Very Short Introduction (Oxford University Press, 2005) and Nationalism and Ethnosymbolism (co-edited with Athena Leoussi; Edinburgh University Press, 2006).