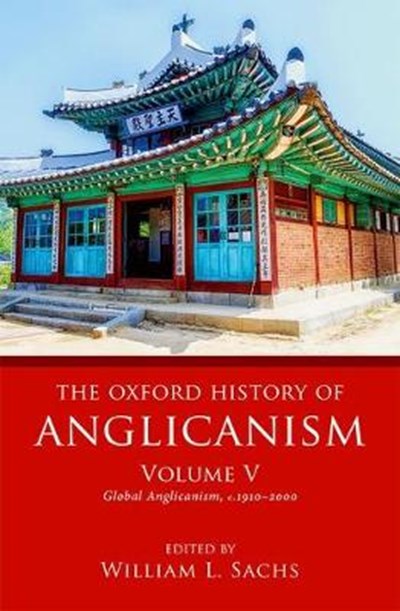 eBook FAQ
Add to Basket
Publisher: Oxford University Press
ISBN: 9780199643011
Number of Pages: 466
Published: 14/12/2017
Width: 16.5 cm
Height: 24 cm
Description Author Information Reviews
The Oxford History of Anglicanism provides a global study of Anglicanism from the sixteenth century to the twenty-first. The five volumes in the series look at how Anglican identity was constructed and contested since the English Reformation of the sixteenth century, and examine its historical influence during the past six centuries. They consider not only the ecclesiastical and theological aspects of global Anglicanism, but also the political, social, economic, and cultural influences of this form of Christianity that has been historically significant in Western culture, and a burgeoning force in non-Western societies since the nineteenth century. Written by international experts in their various historical fields, each volumes analyses the varieties of Anglicanism that have emerged. The series also highlights the formal, political, institutional, and ecclesiastical forces that have shaped a global Anglicanism; and the interaction of Anglicanism with informal and external influences which have both moulded Anglicanism and been fashioned by it. Volume five of The Oxford History of Anglicanism considers the global experience of the Church of England in mission and in the transitions of its mission Churches toward autonomy in the twentieth century. The Church developed institutionally, yet more than the institutional history of the Church of England and its spheres of influence is probed. The contributors focus on what it has meant to be Anglican in diverse contexts. What spread from England was not simply a religious institution but the religious tradition it intended to implant. The volume addresses questions of the conduct of mission, its intended and unintended consequences. It offers important insights on what decolonization meant for Anglicans as the mission Church in various global locations became self-reliant. This study breaks new ground in describing the emergence of an Anglicanism shaped more contextually than externally. It illustrates how Anglicanism became enculturated across a broad swath of cultural contexts. The influence of context, and the challenge of adaptation to it, framed Anglicanism's twentieth-century experience.

William L. Sachs is a teacher, writer, and Episcopal priest who has served churches and taught in seminaries and colleges in Virginia, Connecticut, and Chicago. His publications include The Transformation of Anglicanism (1993) and Homosexuality and the Crisis of Anglicanism (2009).