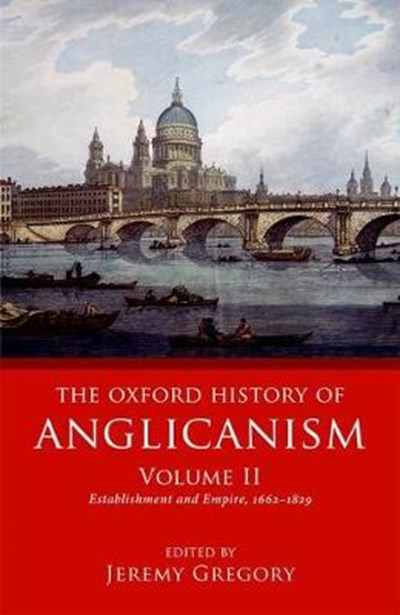 eBook FAQ
Add to Basket
Publisher: Oxford University Press
ISBN: 9780199644636
Number of Pages: 556
Published: 05/10/2017
Width: 16.8 cm
Height: 24.1 cm
Description Author Information Reviews
The Oxford History of Anglicanism is a major new and unprecedented international study of the identity and historical influence of one of the world's largest versions of Christianity. This global study of Anglicanism from the sixteenth century looks at how was Anglican identity constructed and contested at various periods since the sixteenth century; and what was its historical influence during the past six centuries. It explores not just the ecclesiastical and theological aspects of global Anglicanism, but also the political, social, economic, and cultural influences of this form of Christianity that has been historically significant in western culture, and a burgeoning force in non-western societies today. The chapters are written by international exports in their various historical fields which includes the most recent research in their areas, as well as original research. The series forms an invaluable reference for both scholars and interested non-specialists. Volume two of The Oxford History of Anglicanism explores the period between 1662 and 1829 when its defining features were arguably its establishment status, which gave the Church of England a political and social position greater than before or since. The contributors explore the consequences for the Anglican Church of its establishment position and the effects of being the established Church of an emerging global power. The volume examines the ways in which the Anglican Church engaged with Evangelicalism and the Enlightenment; outlines the constitutional position and main challenges and opportunities facing the Church; considers the Anglican Church in the regions and parts of the growing British Empire; and includes a number of thematic chapters assessing continuity and change.

Jeremy Gregory is Pro-Vice-Chancellor, Faculty of Arts and Professor of the History of Christianity, Faculty of Executive Office at the University of Nottingham. His research and publications have shaped and contributed to the debates concerning the role of the Church of England in particular, and religion in general, in English social, cultural, political, and intellectual history from the mid-seventeenth to the mid-nineteenth centuries. Gregory's publications include The Routledge Companion to Britain in the Eighteenth Century (Routledge, 2007) and The Longman Companion to Britain in the Eighteenth Century, 1688-1820 (Longman, 1999) both with John Stevenson, as well as Restoration, Reformation, and Reform, 1660-1828: Archbishops of Canterbury and their Diocese (OUP, 2000) in the Oxford Historical Monographs series.