Oxford Handbook of the Septuagint 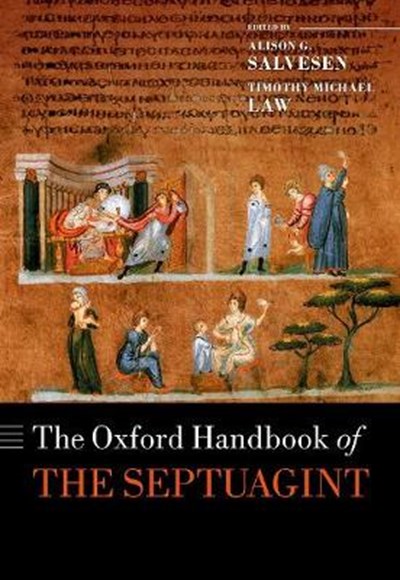 Oxford Handbook of the Septuagint

eBook FAQ
Add to Basket
Publisher: Oxford University Press
ISBN: 9780199665716
Number of Pages: 816
Published: 28/01/2021
Width: 18 cm
Height: 25.5 cm
Description Author Information Reviews
The Septuagint is the term commonly used to refer to the corpus of early Greek versions of Hebrew Scriptures. The collection is of immense importance in the history of both Judaism and Christianity. The renderings of individual books attest to the religious interests of the substantial Jewish population of Egypt during the Hellenistic and Roman periods, and to the development of the Greek language in its Koine phase. The narrative ascribing the Septuagint's origins to the work of seventy translators in Alexandria attained legendary status among both Jews and Christians. The Septuagint was the version of Scripture most familiar to the writers of the New Testament, and became the authoritative Old Testament of the Greek and Latin Churches. In the early centuries of Christianity it was itself translated into several other languages, and it has had a continuing influence on the style and content of biblical translations. The Oxford Handbook of the Septuagint features contributions from leading experts in the field considering the history and manuscript transmission of the version, and the study of translation technique and textual criticism. The collection provides surveys of previous and current research on individual books of the Septuagint corpus, on alternative Jewish Greek versions, the Christian 'daughter' translations, and reception in early Jewish and Christian writers. The Handbook also includes several conversations with related fields of interest such as New Testament studies, liturgy, and art history.

Alison G. Salvesen is Professor of Early Judaism and Christianity at the Oriental Institute, University of Oxford, and Polonsky Fellow at the Oxford Centre for Jewish Studies. Timothy Michael Law is an independent scholar.