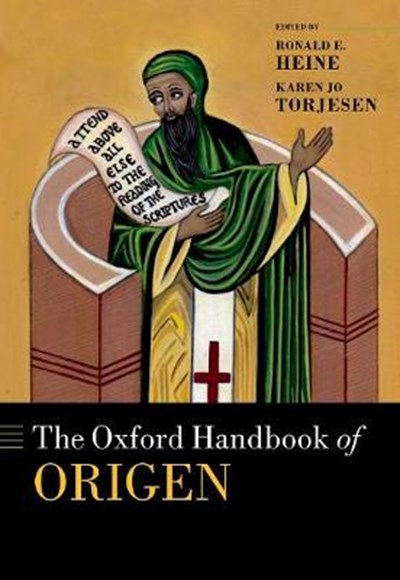 eBook FAQ
Add to Basket
Publisher: Oxford University Press
ISBN: 9780199684038
Number of Pages: 624
Published: 17/02/2022
Width: 18.2 cm
Height: 25.4 cm
Description Author Information Reviews
This interrogation of Origen's legacy for the 21st Century returns to old questions built upon each other over eighteen centuries of Origen scholarship-problems of translation and transmission, positioning Origen in the histories of philosophy, theology, and orthodoxy, and defining his philological and exegetical programmes. The essays probe the more reliable sources for Origen's thought by those who received his legacy and built on it. They focus on understanding how Origen's legacy was adopted, transformed and transmitted looking at key figures from the fourth century through the Reformation. A section on modern contributions to the understanding of Origen embraces the foundational contributions of Huet, the twentieth century movement to rehabilitate Origen from his status as a heterodox teacher, and finally, the identification in 2012 of twenty-nine anonymous homilies on the Psalms in a codex in Munich as homilies of Origen. Equally important has been the investigation of Origen's historical, cultural, and intellectual context. These studies track the processes of appropriation, assimilation and transformation in the formation and transmission of Origen's legacy. Origen worked at interpreting Scripture throughout his life. There are essays addressing general issues of hermeneutics and his treatment of groups of books from the Biblical canon in commentaries and homilies. Key points of his theology are also addressed in essays that give attention to the fluid environment in which Origen developed his theology. These essays open important paths for students of Origen in the 21st century.

Ronald E. Heine earned his B.A., M.A., and M. Div in New Testament studies at Lincoln Christian College and Seminary. He earned his Ph. D. at the University of Illinois where his major was Classical Philology with a specialization in the Church Fathers. His dissertation was directed by William Schoedel. He has taught at several church related colleges and universities in the U. S. From 1989-2000 he was Director of the Institut zur Erforschung des Urchristemtum in Tubingen, Germany. His field of specialization is second and third century Christianity. Karen Jo Torjesen is a Professor Emerita of Religion at Claremont Graduate University. Her research interests include constructions of gender and sexuality in early Christianry, authority and institutionalization in the early churches, hermeneutics and rhetoric in late antiquity, and transnational feminism. She is the author of Hermeneutical Procedure and Theological Structure in Origen's Exegesis and When Women Were Priests, and co-editor of Women in American Christianity and Indigenous Peoples and the Modern State.