The Twentieth Century: Traditions in a Global Context 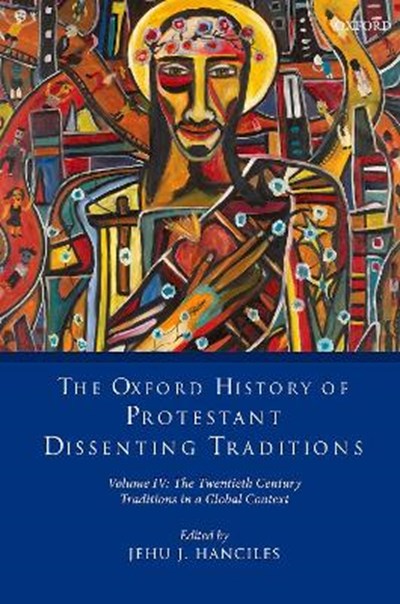 The Twentieth Century: Traditions in a Global Context

eBook FAQ
Add to Basket
Publisher: Oxford University Press
ISBN: 9780199684045
Number of Pages: 480
Published: 13/03/2019
Width: 16.3 cm
Height: 24.1 cm
Description Author Information Reviews
The five-volume Oxford History of Protestant Dissenting Traditions series is governed by a motif of migration ('out-of-England'). It first traces organized church traditions that arose in England as Dissenters distanced themselves from a state church defined by diocesan episcopacy, the Book of Common Prayer, the Thirty-Nine Articles, and royal supremacy, but then follows those traditions as they spread beyond England-and also traces newer traditions that emerged downstream in other parts of the world from earlier forms of Dissent. Secondly, it does the same for the doctrines, church practices, stances toward state and society, attitudes toward Scripture, and characteristic patterns of organization that also originated in earlier English Dissent, but that have often defined a trajectory of influence independent ecclesiastical organizations. Volume IV examines the globalization of dissenting traditions in the twentieth century. During this period, Protestant Dissent achieved not only its widest geographical reach but also the greatest genealogical distance from its point of origin. Covering Africa, Asia, the Middle East, America, Europe, Latin America, and the Pacific, this collection provides detailed examination of Protestant Dissent as a globalizing movement. Contributors probe the radical shifts and complex reconstruction that took place as dissenting traditions encountered diverse cultures and took root in a multitude of contexts, many of which were experiencing major historical change at the same time. This authoritative overview unambiguously reveals that 'Dissent' was transformed as it travelled.

Jehu J. Hanciles is D. W. Ruth Brooks Associate Professor of World Christianity at Candler School of Theology, Emory University. He is the author of Euthanasia of a Mission: African Church Autonomy in a Colonial Context (2002) and Beyond Christendom: Globalization, African Migration and the Transformation of the West (2008). He has written and published mainly in issues related to the history of Christianity, notably the African experience, and globalization. His current research aims to survey the history of global Christian expansion through the lens of migration.