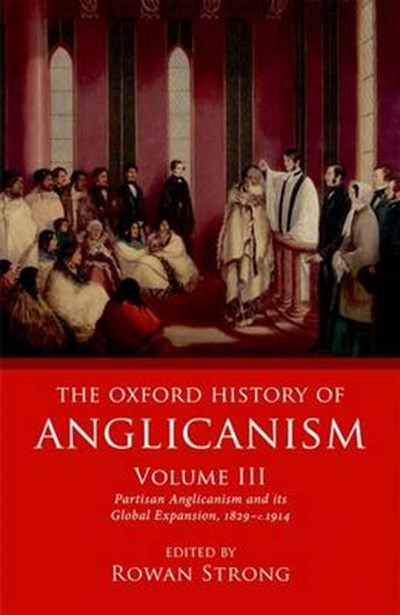 eBook FAQ
Add to Basket
Publisher: Oxford University Press
ISBN: 9780199699704
Number of Pages: 516
Published: 02/02/2017
Width: 16.3 cm
Height: 24.1 cm
Description Author Information Reviews
The Oxford History of Anglicanism is a major new and unprecedented international study of the identity and historical influence of one of the world's largest versions of Christianity. This global study of Anglicanism from the sixteenth century looks at how was Anglican identity constructed and contested at various periods since the sixteenth century; and what was its historical influence during the past six centuries. It explores not just the ecclesiastical and theological aspects of global Anglicanism, but also the political, social, economic, and cultural influences of this form of Christianity that has been historically significant in western culture, and a burgeoning force in non-western societies today. The chapters are written by international experts in their various historical fields which includes the most recent research in their areas, as well as original research. The series forms an invaluable reference for both scholars and interested non-specialists. Volume three of The Oxford History of Anglicanism explores the nineteenth century when Anglicanism developed into a world-wide Christian communion, largely, but not solely, due to the expansion of the British Empire. By the end of this period an Anglican Communion had come into existence as a diverse conglomerate of often competing Anglican identities with their often unresolved tensions and contradictions, but also with some measure of genuine unity. The volume examines the ways the various Anglican identities of the nineteenth century are both metropolitan and colonial constructs, and how they influenced the wider societies in which they formed Anglican Churches.

Rowan Strong is Professor of Church History in the Theology department of Murdoch University, Australia. He has degrees from New Zealand in history and theology from universities in New Zealand and Australia, and received his PhD in Ecclesiastical History from the University of Edinburgh. His previous publications include Alexander Penrose Forbes:The First Tractarian Bishop (Oxford, 1995), Episcopalianism in Nineteenth-Century Scotland: Religious Responses to a Modernizing Society (Oxford, 2002).