An Intellectual History of Iconoclasm 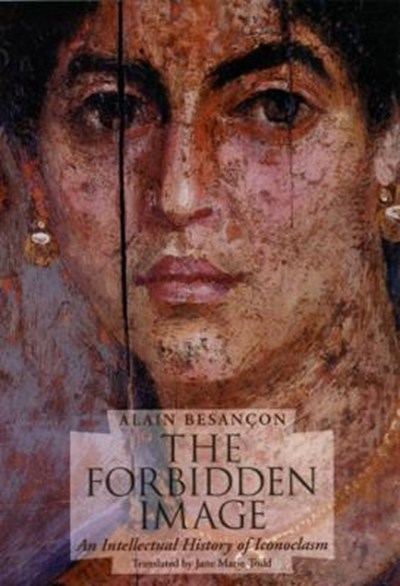 An Intellectual History of Iconoclasm

Publisher: The University of Chicago Press
ISBN: 9780226044132
Number of Pages: 432
Published: 07/05/2001
Width: 16.3 cm
Height: 23.5 cm
Description Author Information Reviews
Philosophers and theologians have long engaged in intense debate and introspection over the representation of the deity, its possibilities and its proscriptions. "The Forbidden Image" traces the dual strains of 'iconophilia' and iconoclasm, the privileging and prohibition of religious images, over a span of two-and-a-half millennia in the West. Alain Besancon's work begins with a comprehensive examination of the status of the image in Greek, Judaic, Islamic, and Christian thought. The author then addresses arguments regarding the moral authority of the image in European Christianity from the medieval through the early modern periods. Besancon completes "The Forbidden Image" with an examination of how iconophilia and iconoclasm have been debated in the modern period.

Alain Besancon is the director of studies at L'Ecole des hautes etudes en sciences sociales. A specialist in Russian politics and intellectual history, he has written a number of books, including Anatomie d'un spectre and Les origines intellectuelles du leninisme. Jane Marie Todd is a translator whose works include Largesse by Jean Starobinski and Conversations with Picasso by Brassai, both published by the University of Chicago Press.

"Even the reader who has heard something of the Byzantine quarrels about images and their theological background will be surprised by a learned and convincing interpretation of the works of Mondrian, Kandinsky, and Malevich in terms of religiously inspired iconoclasm.... This is an immensely rich and powerful masterpiece." - Leszek Kolakowski, Times Literary Supplement"