Unconverted Self - Jews, Indians, and the Identity of Christian Europe 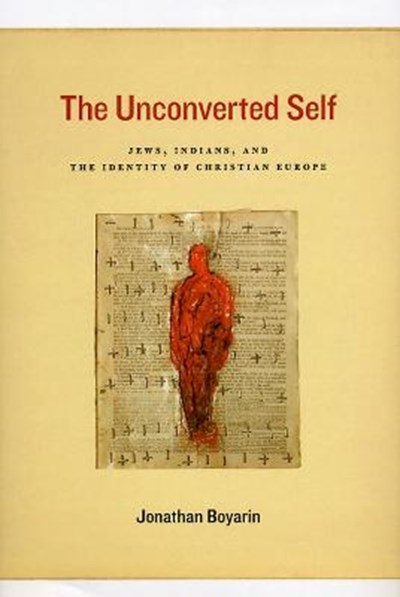 Unconverted Self - Jews, Indians, and the Identity of Christian Europe

QTY
Add to Basket
Publisher: The University of Chicago Press
ISBN: 9780226069197
Number of Pages: 192
Published: 04/12/2009
Width: 15.7 cm
Height: 24.4 cm
Description Author Information Reviews
Europe's formative encounter with its 'others' is still widely assumed to have come with its discovery of the people of the New World. But, as Jonathan Boyarin argues, long before 1492, Christian Europe imagined itself in distinction to the Jewish difference within. The presence and image of Jews in Europe afforded the Christian majority a foil against which it could refine and maintain its own identity. In fundamental ways this experience, along with the ongoing contest between Christianity and Islam, shaped the rhetoric, attitudes, and policies of Christian colonizers in the New World. "The Unconverted Self" proposes that questions of difference inside Christian Europe not only are inseparable from the painful legacy of colonialism but also reveal Christian domination to be a fragile construct. Boyarin compares the Christian efforts aimed toward European Jews and toward indigenous people of the New World, bringing into focus the intersection of colonial expansion with the Inquisition and adding significant nuance to the entire question of the colonial encounter. Revealing the crucial tension between the Jews as 'others within' and the Indians as 'others without', "The Unconverted Self" is a major reassessment of early modern European identity.

Jonathan Boyarin is the Leonard and Tobee Kaplan Distinguished Professor of Modern Jewish Thought in the Department of Religious Studies at the University of North Carolina at Chapel Hill, with adjunct appointments in the departments of anthropology and communications. He is the author, coauthor, or editor of a dozen books, including Thinking in Jewish, also published by the University of Chicago Press.

"This is an ambitious and intriguing attempt to trace the ongoing processes of European self-definition from the relationship to Jews in the later Middle Ages to the encounter with New World peoples in the early modern period." - Barbara Fuchs, University of Pennsylvania"