A Calling in Crisis 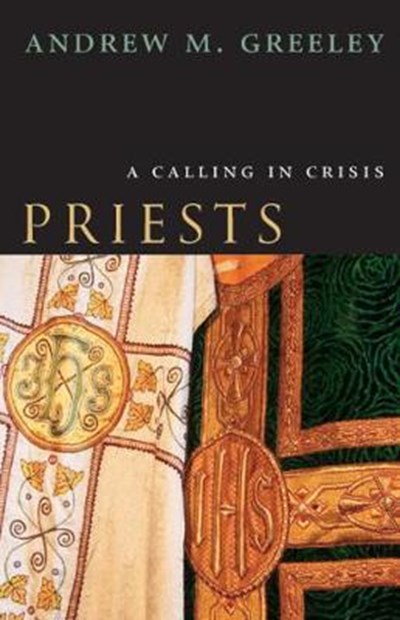 A Calling in Crisis

Publisher: The University of Chicago Press
ISBN: 9780226306445
Number of Pages: 156
Published: 07/03/2004
Width: 1.5 cm
Height: 2.2 cm
Description Author Information Reviews
For several years now, the Roman Catholic Church and the institution of the priesthood itself have been at the center of a firestorm of controversy. While many of the criticisms lodged against the actions of the Church - and a small number of its priests - are justified, the conventional wisdom that has gained currency as an explanation for these actions is, according to Andrew M. Greeley in Priests, often flat-out wrong. Neither liberal nor conservative, Priests offers nothing less than a portrait of the priesthood today. No stranger to controversy himself, Greeley challenges those analysts and the media who parrot them in placing the blame for recent Church scandals on the mandate of celibacy or a clerical culture that supports homosexuality. Drawing upon reliable national survey samples of priests, Greeley demolishes current stereotypes about the percentage of homosexual priests, the level of personal and professional happiness among priests, the role of celibacy in their lives, and many other issues. With Greeley's statistical evidence and provocative recommendations for change, Priests offers a new vision for American Catholics.

"Greeley's summary is sobering.... His agenda of sorting out the social meaning of the priesthood in the wake of the clergy sexual abuse crisis may be the kind of rough talk that will wake up some readers and empower others.... It's worth listening to what he has to say." - Father Paul Philibert, National Catholic Reporter; "I cannot imagine a more thorough critique of the stereotypes clouding intelligent discussion of the Roman Catholic priesthood - or a more unsparing assessment of the priesthood's real problems. As blunt as ever, Father Greeley backs his strong views with the best available data. The future of American Catholicism depends on its will-ingness to confront findings like these." - Peter Steinfels, author of A People Adrift: The Crisis of the Roman Catholic Church in America; "Greeley draws upon the tools of his trade to challenge some stereotypes of the priesthood today, particularly in the wake of the sexual abuse crisis of 2002.... This slim but opinionated volume should be required reading for students and reporters who are willing to look past sensational headlines to the more complex and nuanced picture beyond." - Publishers Weekly"