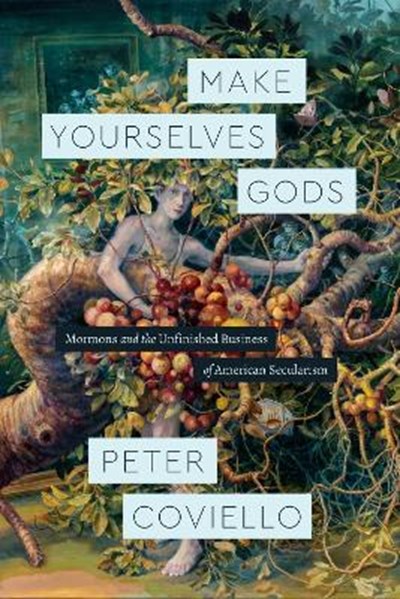 Publisher: The University of Chicago Press
ISBN: 9780226474168
Number of Pages: 304
Published: 05/11/2019
Width: 15.2 cm
Height: 22.9 cm
Description Author Information Reviews
From the perspective of Protestant America, nineteenth-century Mormons were the victims of a peculiar zealotry, a population deranged--socially, sexually, even racially--by the extravagances of belief they called "religion." Make Yourselves Gods offers a counter-history of early Mormon theology and practice, tracking the Saints from their emergence as a dissident sect to their renunciation of polygamy at century's end. Over these turbulent decades, Mormons would appear by turns as heretics, sex-radicals, refugees, anti-imperialists, colonizers, and, eventually, reluctant monogamists and enfranchised citizens. Reading Mormonism through a synthesis of religious history, political theology, native studies, and queer theory, Peter Coviello deftly crafts a new framework for imagining orthodoxy, citizenship, and the fate of the flesh in nineteenth-century America. What emerges is a story about the violence, wild beauty, and extravagant imaginative power of this era of Mormonism--an impassioned book with a keen interest in the racial history of sexuality and the unfinished business of American secularism.

Peter Coviello is professor of English at the University of Illinois at Chicago. His books include Tomorrow's Parties: Sex and the Untimely in Nineteenth-Century America and Long Players: A Love Story in Eighteen Songs.