Power and Authority in Victorian Science 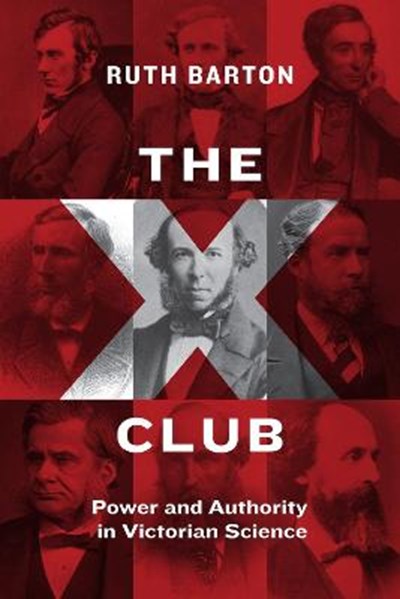 Power and Authority in Victorian Science

QTY
Add to Basket
Publisher: The University of Chicago Press
ISBN: 9780226551616
Published: 18/05/2018
Description Author Information Reviews
In 1864, amid headline-grabbing heresy trials, members of the British Association for the Advancement of Science were asked to sign a declaration affirming that science and scripture were in agreement. Many criticized the new test of orthodoxy; nine decided that collaborative action was required. The X Club tells their story. These six ambitious professionals and three wealthy amateurs--J. D. Hooker, T. H. Huxley, John Tyndall, John Lubbock, William Spottiswoode, Edward Frankland, George Busk, T. A. Hirst, and Herbert Spencer--wanted to guide the development of science and public opinion on issues where science impinged on daily life, religious belief, and politics. They formed a private dining club, which they named the X Club, to discuss and further their plans. As Ruth Barton shows, they had a clear objective: they wanted to promote "scientific habits of mind," which they sought to do through lectures, journalism, and science education. They devoted enormous effort to the expansion of science education, with real, but mixed, success. For twenty years, the X Club was the most powerful network in Victorian science--the men succeeded each other in the presidency of the Royal Society for a dozen years. Barton's group biography traces the roots of their success and the lasting effects of their championing of science against those who attempted to limit or control it, along the way shedding light on the social organization of science, the interactions of science and the state, and the places of science and scientific men in elite culture in the Victorian era.

Ruth Barton taught history at the University of Auckland; social science methodology at Curtin University of Technology in Perth, Western Australia; and mathematics at Victoria University of Wellington.