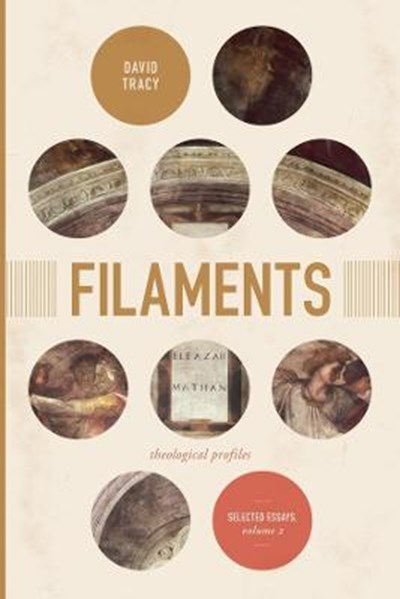 eBook FAQ
Add to Basket
Publisher: The University of Chicago Press
ISBN: 9780226567327
Number of Pages: 432
Published: 21/10/2019
Width: 15.2 cm
Height: 22.9 cm
Description Author Information Reviews
In the second volume of his two-volume collection of essays from the 1980s to 2018, renowned Catholic theologian David Tracy gathers profiles of significant theologians, philosophers, and religious thinkers. These essays, he suggests, can be thought of in terms of Walt Whitman's "filaments," which are thrown out from the speaking self to others--ancient, medieval, modern, and contemporary--in order to be caught elsewhere. Filaments arranges its subjects in rough chronological order, from choices in ancient theology, such as Augustine, through the likes of William of St. Thierry in the medieval period and Martin Luther in the early modern, and finally to modern and contemporary thinkers including Bernard Lonergan, Karl Rahner, Reinhold Niebuhr, and Paul Tillich. Taken together, these essays can be understood as a partial initiation into a history of Christian theology defined by Tracy's key virtues of plurality and ambiguity. Marked by Tracy's surprising insights and connections, Filaments brings the work of one of North America's most important religious thinkers once again to the forefront to be celebrated by long-time readers and new ones alike.

David Tracy is the Andrew Thomas Greeley and Grace McNichols Greeley Distinguished Service Professor Emeritus of Catholic Studies and professor of theology and the philosophy of religions at the University of Chicago, where he also served on the Committee on Social Thought. He is a member of the American Academy of Arts and Sciences. He is the author of many influential essays and ten books, including The Analogical Imagination: Christian Theology and the Culture of Pluralism, On Naming the Present: God, Hermeneutics, and Church, Plurality and Ambiguity, and Blessed Rage for Order, the last two published by the University of Chicago Press.