With the World at Heart

Studies in the Secular Today 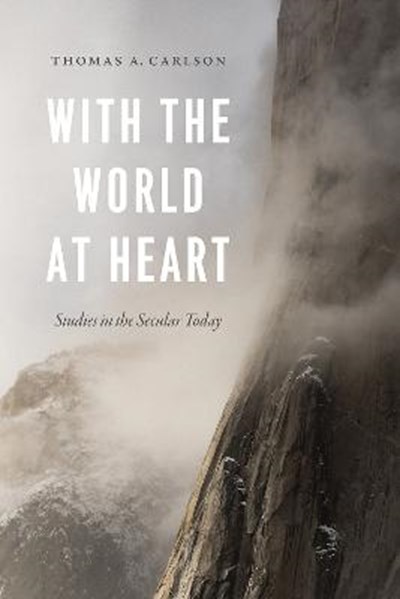 With the World at Heart

Studies in the Secular Today

eBook FAQ
Add to Basket
Publisher: The University of Chicago Press
ISBN: 9780226617534
Number of Pages: 256
Published: 03/04/2019
Width: 15.2 cm
Height: 22.9 cm
Description Author Information Reviews
What is the role of love in opening and sustaining the temporal worlds we inhabit? One of the leading scholars in philosophy and the history of religious thought, Thomas A. Carlson here traces this question through Christian theology, twentieth-century phenomenological and deconstructive philosophy, and nineteenth-century individualism. Revising Augustine's insight that when we love a place, we dwell there in the heart, Carlson also pointedly resists lines of thought that seek to transcend loss and its grief by loving all things within the realm of the eternal. Through masterful readings of Heidegger, Derrida, Marion, Nancy, Emerson, and Nietzsche, Carlson shows that the fragility and sorrow of mortal existence in its transience do not, in fact, contradict love, but instead empower love to create a world.

Thomas A. Carlson is professor of religious studies and founding director of the Humanities and Social Change Center at the University of California, Santa Barbara. He is the author of Indiscretion: Finitude and the Naming of God and The Indiscrete Image: Infinitude and Creation of the Human, both also published by the University of Chicago Press.