Encounters in the New World

Jesuit Cartography of the Americas 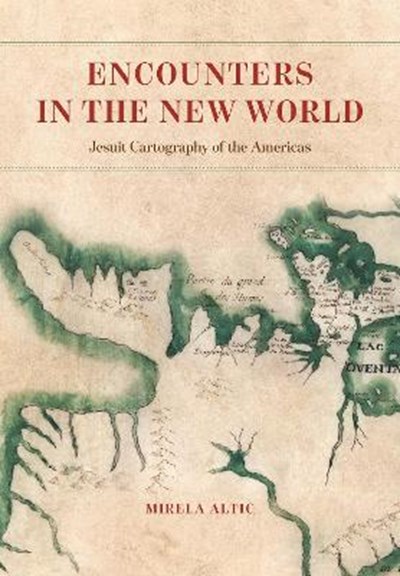 Encounters in the New World

Jesuit Cartography of the Americas

QTY
Add to Basket
Publisher: The University of Chicago Press
ISBN: 9780226791050
Number of Pages: 504
Published: 23/06/2022
Width: 17.8 cm
Height: 25.4 cm
Description Author Information Reviews
In 1540, in the wake of the tumult brought on by the Protestant Reformation, Saint Ignatius of Loyola founded the Society of Jesus, also known as the Jesuits. The Society's goal was to revitalize the faith of Catholics and to evangelize to non-Catholics through charity, education, and missionary work. By the end of the century, Jesuit missionaries were sent all over the world, including to South America. In addition to performing missionary and humanitarian work, Jesuits also served as cartographers and explorers under the auspices of the Spanish, Portuguese, and French Crowns as they went into remote areas to find and evangelize to native populations. In Encounters in the New World, Mirela Altic analyzes more than one hundred fifty of their maps, most of which have never previously been published. She traces the Jesuit contribution to mapping and mapmaking from their arrival in the New World into the post-suppression period, placing it in the context of their worldwide undertakings in the fields of science and art. Altic's analysis also shows the incorporation of indigenous knowledge into the Jesuit maps, effectively making them an expression of cross-cultural communication-even as they were tools of colonial expansion. This ambiguity, she reveals, reflects the complex relationship between missions, knowledge, and empire. Far more than just a physical survey of unknown space, Jesuit mapping of the New World was in fact the most important link to enable an exchange of ideas and cultural concepts between the Old World and the New.

Mirela Altic is a specialist in map history with a keen interest in missionary cartography and the early modern encounter. She is professor of the history of cartography at the University of Zagreb (Croatia) and currently serves as vice-chair of the International Cartographic Association Commission on the History of Cartography and president of the Society for the History of Discoveries.