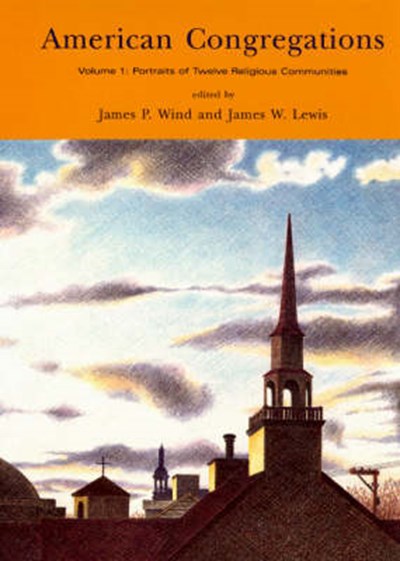 QTY
Add to Basket
Publisher: The University of Chicago Press
ISBN: 9780226901879
Published: 24/08/1998
Description Author Information Reviews
American Congregations, Volume 1: Portraits of Twelve Religious Communities chronicles the founding, growth, and development of congregations that represent the diverse and complex reality of American local religious cultures. Some, like Center Church in New Haven, trace their stories back to colonial times. Others, like the Swaminarayan Hindu temple in suburban Chicago, are recent attempts to create local religious worlds. Ranging from congregations of Lebanese Muslims in Northern Canada to Latter-day Saints in Salt Lake City, the essays convey the distinctive character of each congregation and provide vivid evidence of the importance of congregations in daily life. This study refreshingly illuminates [congregations'] strengths as places where the public and private lives of their members meet in dynamic creativity and as havens of religious meaning and comfort in the midst of a secular world.--Choice A major contribution to how debates about American religion will be framed in the years ahead. . . . In giving us these case histories and a set of excellent interpretive essays, Wind and Lewis have reminded us that American religion must be understood in its particular, local, gathered, human forms. They remind us that congregations matter.--Nancy T. Ammerman, First Things Well-presented and engaging essays, by some of the foremost religious scholars working today, examining the histories of twelve diverse religious institutions. . . . A fascinating and important social history of religion.--Kirkus Reviews Scholarship and the religious traditions have been enriched by the labors of the Congregational History Project. Theologically, its pioneering research invites us to examine ourselves.--Gabriel Fackre, Christian Century

James P. Wind is president of the Alban Institute. James W. Lewis is executive director of the Louisville Institute. Together they directed the Congregational History Project, which was based at the University of Chicago's Divinity School from 1987 to 1990.