Dissenters, Anglicans and the American Revolution 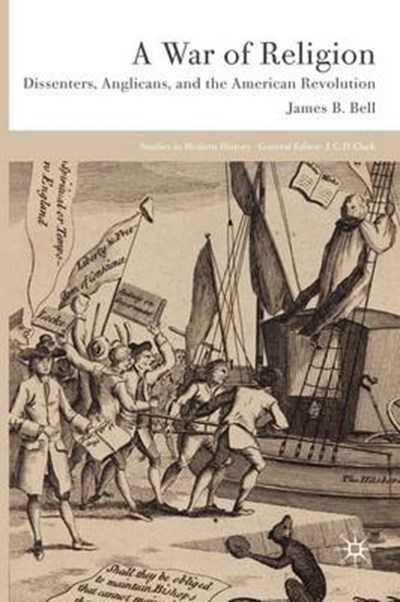 Dissenters, Anglicans and the American Revolution

Publisher: Palgrave Macmillan
ISBN: 9780230542976
Published: 30/05/2008
Description Author Information Reviews
A War of Religion examines the impact of the establishment of the first Anglican Church in Boston in 1686 and the strident objections to its presence from leading Congregational ministers. The men decried that the province had an established church, objected to the Book of Common Prayer, and challenged the historic nature of the Episcopal Office. Their complaints were anchored in the rhetoric of the Puritan party in the Church of England during the sixteenth and seventeenth centuries. James Bell argues that in particular Increase Mather's criticisms of the English church shaped the debates that persisted between Dissenters and Anglicans until the outbreak of the Revolutionary War. He shows how after the Stamp Act in 1765 the radical political leaders John Adams and Samuel Adams in Boston and John Wilkes in London transformed the controversies from the realm of abstract ecclesiastical argument to the domain of fundamental political issues. The men exploited the disputes for a decade as political dynamite in concert with the contentious subjects of taxation, trade, and the quartering of troops; topics which John Adams later recalled as causes of the American Revolution.

JAMES B. BELL is author of The Imperial Origins of the King's Church in Early America, 1607-1783. He earned his DPhil in Modern history at Balliol College, Oxford, UK, and is currently Visiting Research Fellow at the Rothermere American Institute, University of Oxford. He is the author of several books and many articles, and has taught at Princeton University, Barnard College, the College of Wooster, and the Ohio State University.

'...an original and interesting study...Anyone seeking to deepen their understanding of the complex history that lies beneath the usual platitudes about the founding of the United States and of the Anglican Communion would benefit from reading it.' - Canon Maltby, Church Times