A History of England Volume V 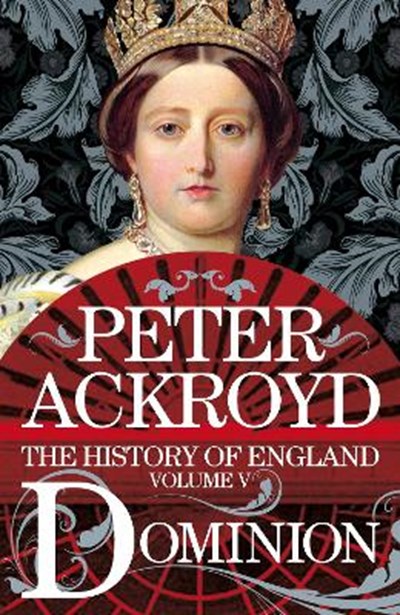 A History of England Volume V

QTY
Add to Basket
Publisher: Pan Macmillan
ISBN: 9780230706439
Number of Pages: 416
Published: 06/09/2018
Width: 16.2 cm
Height: 24.1 cm
Description Author Information Reviews
'Ackroyd makes history accessible to the layman' - Ian Thomson, Independent The penultimate volume of Peter Ackroyd's masterful History of England series, Dominion begins in 1815 as national glory following the Battle of Waterloo gives way to post-war depression, spanning the last years of the Regency to the death of Queen Victoria in January 1901. In it, Ackroyd takes us from the accession of the profligate George IV whose government was steered by Lord Liverpool, who was firmly set against reform, to the reign of his brother, William IV, the 'Sailor King', whose reign saw the modernization of the political system and the abolition of slavery. But it was the accession of Queen Victoria, aged only eighteen, that sparked an era of enormous innovation. Technological progress - from steam railways to the first telegram - swept the nation and the finest inventions were showcased at the first Great Exhibition in 1851. The emergence of the middle classes changed the shape of society and scientific advances changed the old pieties of the Church of England, and spread secular ideas across the nation. But though intense industrialization brought boom times for the factory owners, the working classes were still subjected to poor housing, long working hours and dire poverty. It was a time that saw a flowering of great literature, too. As the Georgian era gave way to that of Victoria, readers could delight not only in the work of Byron, Shelley and Wordsworth but also the great nineteenth-century novelists: the Bronte sisters, George Eliot, Mrs Gaskell, Thackeray, and, of course, Dickens, whose work has become synonymous with Victorian England. Nor was Victorian expansionism confined to Britain alone. By the end of Victoria's reign, the Queen was also an Empress and the British Empire dominated much of the globe. And, as Ackroyd shows in this richly populated, vividly told account, Britannia really did seem to rule the waves.

Peter Ackroyd is an award-winning novelist, as well as a broadcaster, biographer, poet and historian. He is the author of the acclaimed non-fiction bestsellers Thames: Sacred River and London: The Biography. He holds a CBE for services to literature and lives in London.