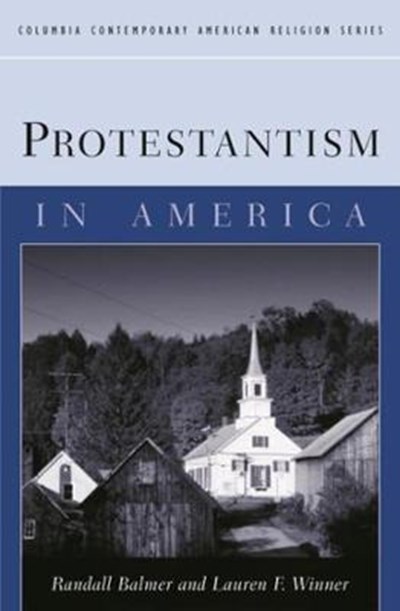 QTY
Add to Basket
Publisher: Columbia University Press
ISBN: 9780231111317
Number of Pages: 256
Published: 18/11/2005
Description Author Information Reviews
As America has become more pluralistic, Protestantism, with its long roots in American history and culture, has hardly remained static. This finely crafted portrait of a remarkably complex group of Christian denominations describes Protestantism's history, constituent subgroups and their activities, and the way in which its dialectic with American culture has shaped such facets of the wider society as healthcare, welfare, labor relations, gender roles, and political discourse. Part I provides an introduction to the religion's essential beliefs, a brief history, and a taxonomy of its primary American varieties. Part II shows the diversity of the tradition with vivid accounts of life and worship in a variety of mainline and evangelical churches. Part III explores the vexed relationship Protestantism maintains with critical social issues, including homosexuality, feminism, and social justice. The appendices include biographical sketches of notable Protestant leaders, a chronology, a glossary, and an annotated list of resources for further study.

Randall Balmer is the Ann Whitney Olin Professor of American Religion at Barnard College, Columbia University. He is the author of Religion in Twentieth Century America and Grant Us Courage. He has written and presented three PBS television documentaries, including Mine Eyes Have Seen the Glory: A Journey into the Evangelical Subculture in America. He lives in Ridgefield, Connecticut.Lauren F. Winner is a doctoral candidate in history at Columbia University and a contributor to Christianity Today, The New York Times, and The Christian Century, among other publications.

A useful starting point for reflection on the future of Protestantism. -- Steven Schroeder Booklist Balmer and Winner do an admirable job of synthesizing recent scholarship and have created an engaging, if occasionally irreverent, account...useful. Library Journal [A]n innovative and insightful book... The volume [Balmer & Winner] have produced is succinct and sprightly, and full of insights. It is a welcome guide to American Protestantism at the beginning of the twenty-first century. -- Robert Bruce Mullin Journal of Religion Balmer and Winner boldly take hold of the large and complex topic of Protestantism in America by its most ungainly part, evangelicalism. -- Christian Sheppard Chicago Tribune Balmer and Winner have produced a book that is quite readable. Choice A testimony to the historic centrality and energy of Protestantism in the broader American religious culture and a worthy and enlightening new study. Journal of Church & State Vivid and engaging -- Gardiner H. Shattuck, Jr. Anglican Theological Review 86:4 A highly useful text -- Amanda Porterfield H-Net Reviews July 2006