The Book of Mormon, Masonry, Gender, and American Culture 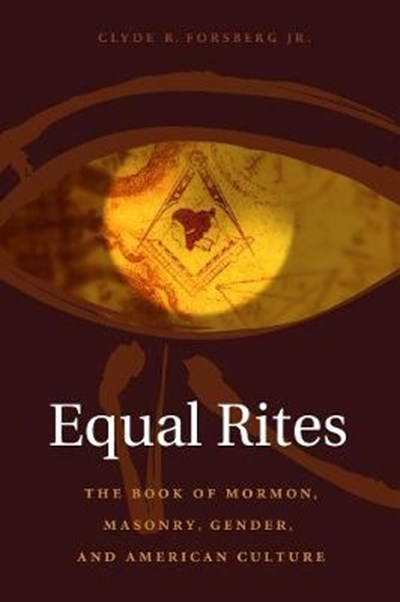 The Book of Mormon, Masonry, Gender, and American Culture

eBook FAQ
Add to Basket
Publisher: Columbia University Press
ISBN: 9780231126403
Number of Pages: 352
Published: 10/03/2004
Description Author Information Reviews
Both the Prophet Joseph Smith and his Book of Mormon have been characterized as ardently, indeed evangelically, anti-Masonic. Yet in this sweeping social, cultural, and religious history of nineteenth-century Mormonism and its milieu, Clyde Forsberg argues that masonry, like evangelical Christianity, was an essential component of Smith's vision. Smith's ability to imaginatively conjoin the two into a powerful and evocative defense of Christian, or Primitive, Freemasonry was, Forsberg shows, more than anything else responsible for the meteoric rise of Mormonism in the nineteenth century. This was to have significant repercussions for the development of Mormonism, particularly in the articulation of specifically Mormon gender roles. Mormonism's unique contribution to the Masonic tradition was its inclusion of women as active and equal participants in Masonic rituals. Early Mormon dreams of empire in the Book of Mormon were motivated by a strong desire to end social and racial discord, lest the country fall into the grips of civil war. Forsberg demonstrates that by seeking to bring women into previously male-exclusive ceremonies, Mormonism offered an alternative to the male-dominated sphere of the Master Mason. By taking a median and mediating position between Masonry and Evangelicism, Mormonism positioned itself as a religion of the people, going on to become a world religion. But the original intent of the Book of Mormon gave way as Mormonism moved west, and the temple and polygamy (indeed, the quest for empire) became more prevalent. The murder of Smith by Masonic vigilantes and the move to Utah coincided with a new imperialism-and a new polygamy. Forsberg argues that Masonic artifacts from Smith's life reveal important clues to the precise nature of his early Masonic thought that include no less than a vision of redemption and racial concord.

Equal Rites is an imaginative and ambitious book. -- Grant Underwood Journal of American History 12/2005 This is an important book on the history of American religion, culture, and society. Choice 12/2004 [ Equal Rites] is well written and engaging. -- D.E. Mills Jr. Reviews in Religion and Theology 12:2 A uniquely insightful answer to scholars' recent calls for greater understanding of Mormon theology, culture, and institutional character. Religous Studies Review 31 (3,4)