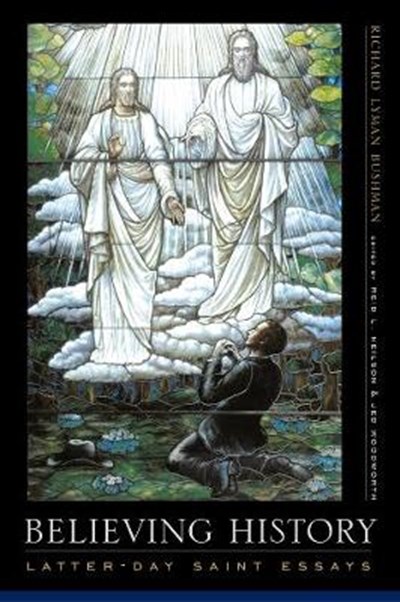 Publisher: Columbia University Press
ISBN: 9780231130066
Published: 31/03/2004
Description Author Information Reviews
The eminent historian Richard Bushman here reflects on his faith and the history of his religion. By describing his own struggle to find a basis for belief in a skeptical world, Bushman poses the question of how scholars are to write about subjects in which they are personally invested. Does personal commitment make objectivity impossible? Bushman explicitly, and at points confessionally, explains his own commitments and then explores Joseph Smith and the Book of Mormon from the standpoint of belief. Joseph Smith cannot be dismissed as a colorful fraud, Bushman argues, nor seen only as a restorer of religious truth. Entangled in nineteenth-century Yankee culture-including the skeptical Enlightenment-Smith was nevertheless an original who cut his own path. And while there are multiple contexts from which to draw an understanding of Joseph Smith (including magic, seekers, the Second Great Awakening, communitarianism, restorationism, and more), Bushman suggests that Smith stood at the cusp of modernity and presented the possibility of belief in a time of growing skepticism. When examined carefully, the Book of Mormon is found to have intricate subplots and peculiar cultural twists. Bushman discusses the book's ambivalence toward republican government, explores the culture of the Lamanites (the enemies of the favored people), and traces the book's fascination with records, translation, and history. Yet Believing History also sheds light on the meaning of Joseph Smith and the Book of Mormon today. How do we situate Mormonism in American history? Is Mormonism relevant in the modern world? Believing History offers many surprises. Believers will learn that Joseph Smith is more than an icon, and non-believers will find that Mormonism cannot be summed up with a simple label. But wherever readers stand on Bushman's arguments, he provides us with a provocative and open look at a believing historian studying his own faith.

Richard Lyman Bushman is Gouverneur Morris Professor of History emeritus at Columbia University. Reid L. Neilson is assistant professor of church history and doctrine at Brigham Young University. Jed Woodworth is a Ph.D. candidate in American history at the University of Wisconsin-Madison.

Over against the diffidence of evangelical historians, who may sometimes say too little in what they write, Bushman's essays are refreshingly bold. -- Elesha Coffman Christian Review 17 thoughtful personal and scholarily essays. -- Richard H. Cracroft BYU Magazine Winter 2005 This volume represents a significant contribution... The depth and quality of these essays affirm Bushman's status as the most articulate scholar defending the traditional interpretation of early Mormon origins. -- Newell G. Bringhurst Journal of Mormon History Summer 2005 These essays strike at the tension between the seemingly incompatible views of the believing Mormon in the unbelieving world... Informative and revealing. -- Byron C. Smith Dialogue: A Journal of Mormon Thought Fall 2005 Probably the greatest scholar who happens to be a Latter-day Saint, Richard L. Bushman is a historian of exceptional accomplishment... A careful scholar, he has always balanced the academic with the religious. -- Dennis Lythgoe Deseret Morning News