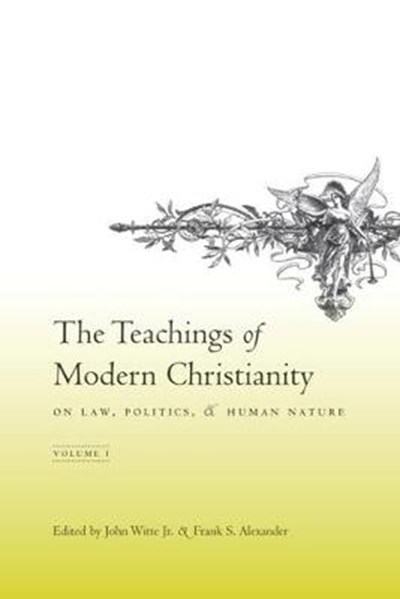 Publisher: Columbia University Press
ISBN: 9780231133586
Number of Pages: 840
Published: 18/11/2005
Width: 15.6 cm
Height: 23.5 cm
Description Author Information Reviews
Divided into two volumes, The Teachings of Modern Christianity on Law, Politics, and Human Nature offers a landmark collection of writings from twenty leading Christian thinkers of the nineteenth and twentieth centuries and analyses of their work by leading contemporary religious scholars. The first volume examines modern Christian thinkers' views on the most pressing political, legal, and ethical questions of our time. The essays present a vital new understanding of the diversity and richness of modern Christian legal and political thought from 1880 to the present. The contributors reveal the theological roots of modern legal systems as well as the relevance of modern Catholic, Protestant, and Orthodox thought to current debates about the family, state, religion, and society. Essays consider the ideas, influences, and intellectual and cultural contexts of a variety of figures, including Jacques Maritain, Gustavo Gutierrez, Dorothy Day, Pope John Paul II, Susan B. Anthony, Karl Barth, Dietrich Bonhoeffer, Reinhold Niebuhr, Martin Luther King Jr., Nikolai Berdyaev, and Vladimir Lossky. The contributors illuminate these thinkers' views on issues that continue to affect modern pluralistic societies, including the nature and purpose of law and authority, the limits of rule and obedience, the care and nurture of the needy and innocent, the rights and wrongs of war and violence, and the separation of church and state. The historical focus and ecumenical breadth of this collection fills an important scholarly gap and revives the role of Christian social thought in legal and political theory. The second volume of The Teachings of Modern Christianity on Law Politics, and Human Nature is an annotated reader of works by the figures discussed in this volume.