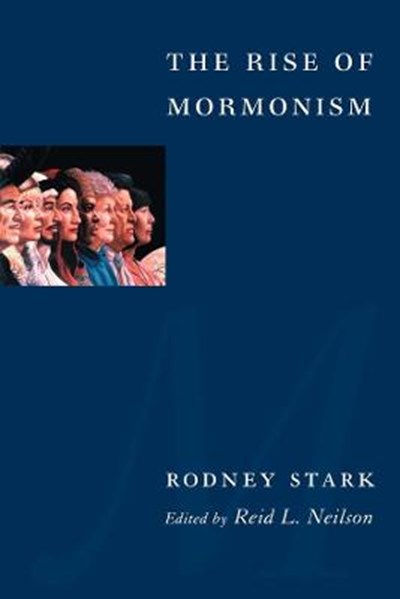 eBook FAQ
Add to Basket
Publisher: Columbia University Press
ISBN: 9780231136341
Number of Pages: 192
Published: 26/10/2005
Width: 15.2 cm
Height: 22.9 cm
Description Author Information Reviews
Will Mormonism be the next world faith, one that will rival Catholicism, Islam, and other major religions in terms of numbers and global appeal? This was the question Rodney Stark addressed in his much-discussed and much-debated article, "The Rise of a New World Faith" (1984), one of several essays on Mormonism included in this new collection. Examining the religion's growing appeal, Rodney Stark concluded that Mormons could number 267 million members by 2080. In what would become known as "the Stark argument," Stark suggested that the Mormon Church offered contemporary sociologists and historians of religion an opportunity to observe a rare event: the birth of a new world religion. In the years following that article, Stark has become one of the foremost scholars of Mormonism and the sociology of religion. This new work, the first to collect his influential writings on the Mormon Church, includes previously published essays, revised and rewritten for this volume. His work sheds light on both the growth of Mormonism and on how and why certain religions continue to grow while others fade away. Stark examines the reasons behind the spread of Mormonism, exploring such factors as cultural continuity with the faiths from which it seeks converts, a volunteer missionary force, and birth rates. He explains why a demanding faith like Mormonism has such broad appeal in today's world and considers the importance of social networks in finding new converts. Stark's work also presents groundbreaking perspectives on larger issues in the study of religion, including the nature of revelation and the reasons for religious growth in an age of modernization and secularization.

Rodney Stark is University Professor of the Social Sciences at Baylor University. He is the author of more than twenty books, including For the Glory of God and Exploring the Religious Life.Reid L. Neilson is the author and editor of several books on Mormonism. He is currently a doctoral candidate in religious studies at the University of North Carolina at Chapel Hill.

a well-written thought-provoking compilation covering nearly three decades of scholarship Journal for the Scientific Study of Religion March 2009 It's an excellent summary and a must-read... The Rise of Mormonism is a thoughtful and insightful look at the Church. -- Jeffrey Needle Irreantum 12/6/05 Rodney Stark is one of America's pre-eminent sociologists of religions. -- Gerald M. Mcdermott Books and Culture Jan/Feb 2006 An important voice in the sociological study of religion. -- Kathleen Flake The Journal of Religion Vol 87, No. 3 I recommend this book to anyone with an interest in the social scientific study of Mormonism. -- Henri Gooren Journal for the Scientific Study of Religion 3/1/09