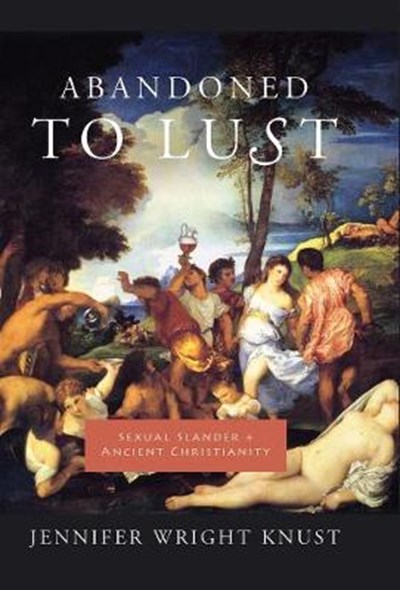 eBook FAQ
Add to Basket
Publisher: Columbia University Press
ISBN: 9780231136624
Number of Pages: 320
Published: 09/11/2005
Description Author Information Reviews
Early Christians used charges of adultery, incest, and lascivious behavior to demonize their opponents, police insiders, resist pagan rulers, and define what it meant to be a Christian. Christians frequently claimed that they, and they alone were sexually virtuous, comparing themselves to those marked as outsiders, especially non-believers and "heretics," who were said to be controlled by lust and unable to rein in their carnal desires. True or not, these charges allowed Christians to present themselves as different from and morally superior to those around them. Through careful, innovative readings, Jennifer Knust explores the writings of Paul, Justin Martyr, Irenaeus of Lyons, and other early Christian authors who argued that Christ alone made self-mastery possible. Rejection of Christ led to both immoral sexual behavior and, ultimately, alienation and punishment from God. Knust considers how Christian writers participated in a long tradition of rhetorical invective, a rhetoric that was often employed to defend status and difference. Christians borrowed, deployed, and reconfigured classical rhetorical techniques, turning them against their rulers to undercut their moral and political authority. Knust also examines the use of accusations of licentiousness in conflicts between rival groups of Christians. Portraying rival sects as depraved allowed accusers to claim their own group as representative of "true Christianity." Knust's book also reveals the ways in which sexual slurs and their use in early Christian writings reflected cultural and gendered assumptions about what constituted purity, morality, and truth. In doing so, Abandoned to Lust highlights the complex interrelationships between sex, gender, and sexuality within the classical, biblical, and early-Christian traditions.

An original and provocative contribution to the ongoing study of rhetoric, identity, and power in the early Christian tradition. -- David M. Reis Bryn Mawr Classical Review 3/13/2006 Jennifer Wright Knust has written a thoughtful and well-argued book... It deserves to be read. Review of Biblical Literature 9/1/2006 I highly recommend Knust's book. -- Gene G. James, University of Memphis Dialogue & Alliance Vol. 20, No. 2 A careful and detailed study that deftly navigates a sizable number of early Christian texts. -- Benjamin Dunning Journal of Religion 1/1/09