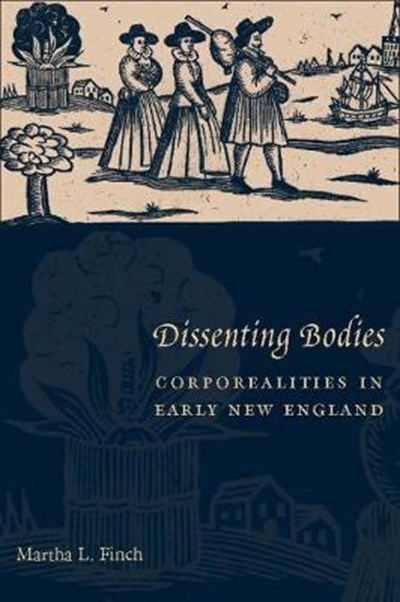 eBook FAQ
Add to Basket
Publisher: Columbia University Press
ISBN: 9780231139465
Number of Pages: 296
Published: 19/11/2009
Width: 15.2 cm
Height: 22.9 cm
Description Author Information Reviews
For the Puritan separatists of seventeenth-century New England, "godliness," as manifested by the body, was the sign of election, and the body, with its material demands and metaphorical significance, became the axis upon which all colonial activity and religious meaning turned. Drawing on literature, documents, and critical studies of embodiment as practiced in the New England colonies, Martha L. Finch launches a fascinating investigation into the scientific, theological, and cultural conceptions of corporeality at a pivotal moment in Anglo-Protestant history. Not only were settlers forced to interact bodily with native populations and other "new world" communities, they also fought starvation and illness; were whipped, branded, hanged, and murdered; sang, prayed, and preached; engaged in sexual relations; and were baptized according to their faith. All these activities shaped the colonists' understanding of their existence and the godly principles of their young society. Finch focuses specifically on Plymouth Colony and those who endeavored to make visible what they believed to be God's divine will. Quakers, Indians, and others challenged these beliefs, and the constant struggle to survive, build cohesive communities, and regulate behavior forced further adjustments. Merging theological, medical, and other positions on corporeality with testimonies on colonial life, Finch brilliantly complicates our encounter with early Puritan New England.

Martha L. Finch received her M.A. and Ph.D. in religious studies from the University of California, Santa Barbara. She is an associate professor in the Department of Religious Studies at Missouri State University in Springfield, and her area of research is American religious history, with specializations in early New England and religion and the body, including food, sexuality, dress, and ritual practices. She is editor, with Etta M. Madden, of Eating in Eden: Food and American Utopias.