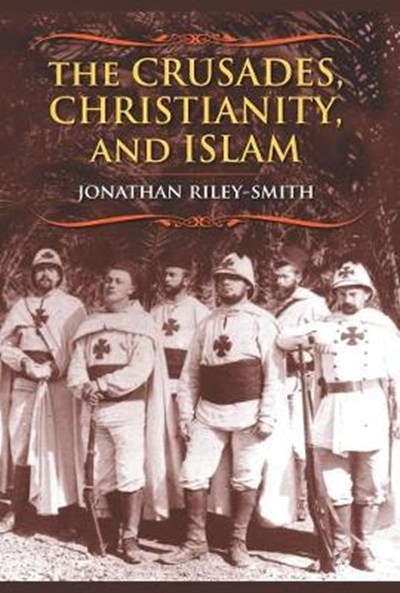 QTY
Add to Basket
Publisher: Columbia University Press
ISBN: 9780231146241
Number of Pages: 136
Published: 30/09/2008
Width: 14 cm
Height: 21 cm
Description Author Information Reviews
The Crusades were penitential war-pilgrimages fought in the Levant and the eastern Mediterranean, as well as in North Africa, Spain, Portugal, Poland, the Baltic region, Hungary, the Balkans, and Western Europe. Beginning in the eleventh century and ending as late as the eighteenth, these holy wars were waged against Muslims and other enemies of the Church, enlisting generations of laymen and laywomen to fight for the sake of Christendom. Crusading features prominently in today's religio-political hostilities, yet the perceptions of these wars held by Arab nationalists, pan-Islamists, and many in the West have been deeply distorted by the language and imagery of nineteenth-century European imperialism. With this book, Jonathan Riley-Smith returns to the actual story of the Crusades, explaining why and where they were fought and how deeply their narratives and symbolism became embedded in popular Catholic thought and devotional life. From this history, Riley-Smith traces the legacy of the Crusades into modern times, specifically within the attitudes of European imperialists and colonialists and within the beliefs of twentieth-century Muslims. Europeans fashioned an interpretation of the Crusades from the writings of Walter Scott and a French contemporary, Joseph-Francois Michaud. Scott portrayed Islamic societies as forward-thinking, while casting Christian crusaders as culturally backward and often morally corrupt. Michaud, in contrast, glorified crusading, and his followers used its imagery to illuminate imperial adventures. These depictions have had a profound influence on contemporary Western opinion, as well as on Muslim attitudes toward their past and present. Whether regarded as a valid expression of Christianity's divine enterprise or condemned as a weapon of empire, crusading has been a powerful rhetorical tool for centuries. In order to understand the preoccupations of Islamist jihadis and the character of Western discourse on the Middle East, Riley-Smith argues, we must understand how images of crusading were formed in the nineteenth and twentieth centuries.

Jonathan Riley-Smith, Dixie Professor Emeritus of Ecclesiastical History at the University of Cambridge, is the author of nine books, including The Knights of St. John in Jerusalem and Cyprus, c. 1050-1310; The Feudal Nobility and the Kingdom of Jerusalem, 1174-1277; What Were the Crusades? fourth edition; The First Crusade and the Idea of Crusading; The Crusades: A History, second edition; The First Crusaders, 1095-1131; and Templars and Hospitallers as Professed Religious in the Holy Land.

The Crusades, Christianity, and Islam is a very important intervention on a topic not only of current interest but also of pressing importance. Jonathan Riley-Smith shows why and how history matters. -- Adam Kosto, associate professor of history, Columbia University Jonathan Riley-Smith has written a scintillating and thought-provoking book. He provides a compelling survey not just of the place of crusading in medieval reflection about the ethics of violence and the Christian's achievement of salvation but also of how the revival of crusading rhetoric by nineteenth-century imperialists generated the Islamic association of crusading with 'Western' aggression that is so conspicuous today. This richly informed little book should be considered essential for understanding crusading, then and now. Booklist (starred review) 8/1/08 This is a powerhouse of a book, enlightening, well-written and accessible, and I recommend it to anyone who wants to understand the crusades. -- Melissa Snell About.com 12/23/08/ A Booklist 2008 Editors' Choice Booklist - Editors' Choice 1/15/09 This slender volume provides an interesting insight into the way in which contemporary history has had an impact on studies of the crusades. -- James M Powell Catholic Historical Reivew 4/1/09 Brimming with insights, approachable by anyone interested in the subject. -- Thomas F. Madden First Things June/July 09 An excellent book. -- John France The International History Review Vol XXXI, No 3