Sexuality, Mourning, and the Future of American Catholicism 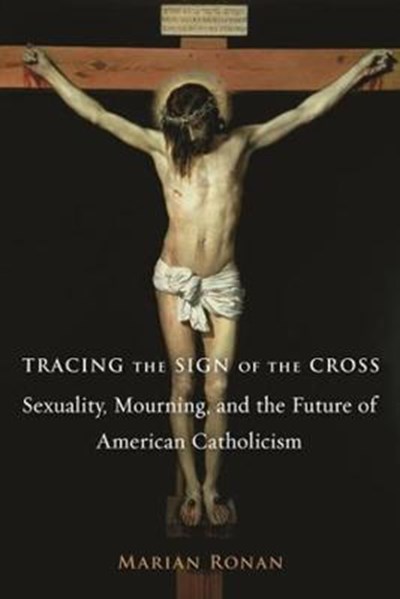 Sexuality, Mourning, and the Future of American Catholicism

QTY
Add to Basket
Publisher: Columbia University Press
ISBN: 9780231147026
Number of Pages: 216
Published: 20/05/2009
Width: 14 cm
Height: 21 cm
Description Author Information Reviews
Following World War II, millions of U.S. Catholics were poised to attain the American dream, while at Vatican Council II, the liberal vision of the church seemed finally to triumph. Yet by the end of the twentieth century, American Catholicism was in crisis, plagued by grave ideological divisions; a dwindling pool of priests, nuns, and monks; and declining financial resources. What went wrong? In Tracing the Sign of the Cross, Marian Ronan identifies the roots of this crisis in an inability on the part of American Catholics to mourn a variety of losses suffered in the last third of the twentieth century. Drawing on the work of four writers with distinctively Catholic imaginations, Ronan argues that endless battles over sexuality and gender in particular have kept American Catholics from confronting these losses, thus jeopardizing the future of Catholicism. The writings of James Carroll, the archetypal liberal American Catholic, form the basis of Ronan's exploration of the church in the decades following Vatican II. Carroll's writings, especially his memoir, An American Requiem, seem to embody the very engagement with loss Ronan calls for-yet a highly gendered pattern of resistance to mourning emerges throughout Carroll's writing. Ronan discerns a similar Catholic "inability to mourn" in the early works of the novelist Mary Gordon, the feminist philosopher of science Donna Haraway, and the essayist Richard Rodriguez. While Gordon's characters gradually engage their profound losses, Haraway's female cyborg dons a crown of thorns, and Rodriguez confronts his own gay/brown identity-contributing in all cases to a new and chastened vision of the church. Framed by the author's own personal experience, Tracing the Sign of the Cross is an intimate and persuasive account of Catholic possibility in a postmodern world.

Marian Ronan is Research Professor of Catholic Studies at the Center for World Christianity at New York Theological Seminary, New York, NY. Her previous books include Wisdom's Feast: Sophia in Study and Celebration and Image-Breaking, Image-Building: A Handbook for Creative Worship with Women of Christian Tradition.

[T]he book will have some real and lasting use as a primary source American Catholic Studies Vol. 121 No. 3