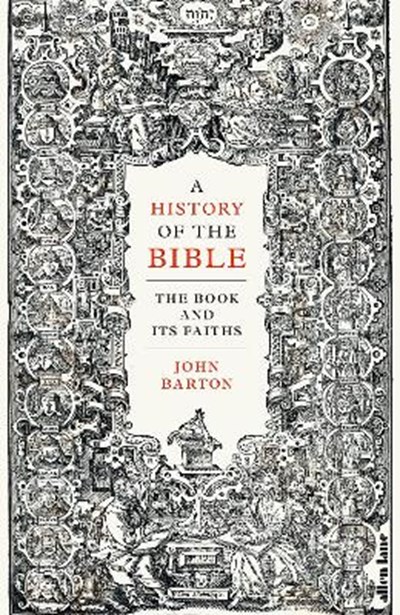 eBook FAQ
Add to Basket
Publisher: Penguin Books Ltd
ISBN: 9780241003916
Number of Pages: 640
Published: 04/04/2019
Width: 16.2 cm
Height: 24 cm
Description Author Information Reviews
WINNER OF THE 2019 DUFF COOPER PRIZE THE SUNDAY TIMES BESTSELLER A SUNDAY TIMES AND OBSERVER BOOK OF THE YEAR 2019 'With emotional and psychological insight, Barton unlocks this sleeping giant of our culture. In the process, he has produced a masterpiece.' Sunday Times The Bible is the central book of Western culture. For the two faiths which hold it sacred, it is the bedrock of their religion, a singular authority on what to believe and how to live. For non-believers too, it has a commanding status: it is one of the great works of world literature, woven to an unparalleled degree into our language and thought. This book tells the story of the Bible, explaining how it came to be constructed and how it has been understood, from its remote beginnings down to the present. John Barton describes how the narratives, laws, proverbs, prophecies, poems and letters which comprise the Bible were written and when, what we know - and what we cannot know - about their authors and what they might have meant, as well as how these extraordinarily disparate writings relate to each other. His incisive readings shed new light on even the most familiar passages, exposing not only the sources and traditions behind them, but also the busy hands of the scribes and editors who assembled and reshaped them. Untangling the process by which some texts which were regarded as holy, became canonical and were included, and others didn't, Barton demonstrates that the Bible is not the fixed text it is often perceived to be, but the result of a long and intriguing evolution. Tracing its dissemination, translation and interpretation in Judaism and Christianity from Antiquity to the rise of modern biblical scholarship, Barton elucidates how meaning has both been drawn from the Bible and imposed upon it. Part of the book's originality is to illuminate the gap between religion and scripture, the ways in which neither maps exactly onto the other, and how religious thinkers from Augustine to Luther and Spinoza have reckoned with this. Barton shows that if we are to regard the Bible as 'authoritative', it cannot be as believers have so often done in the past.