A Sort of Memoir 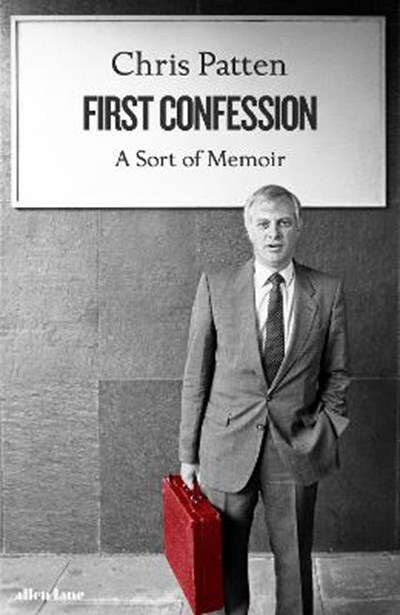 A Sort of Memoir

Publisher: Penguin Books Ltd
ISBN: 9780241275597
Number of Pages: 320
Published: 22/06/2017
Width: 16.2 cm
Height: 24 cm
Description Author Information Reviews
NEW STATESMAN BOOKS OF THE YEAR 2017 Most politicians write autobiographies to 'set the record straight' and provide retrospective justification for their careers. That is not the case with this book. 'It occurred to me that to track down myself would enable me to discuss an issue that had begun to intrigue me, namely the relationship between politics and identity, the things that had shaped me and whether and how they had come to reflect my life and opinions. As I wrote, the question of identity moved from the wings to centre stage, and roiled politics and nations on both sides of the Atlantic.' 'Who am I? Who are we?' Chris Patten's career has taken him from the outer London suburbs to the House of Commons, a seat in the Cabinet, last Governor of Hong Kong, Chairman of the BBC and Chancellor of Oxford University. About all of these he is enlightening and entertaining. He has unexpected and telling things to say about each of the three Prime Ministers for whom he worked - Edward Heath, Margaret Thatcher and John Major. But his political heroes - Baldwin, Macmillan, Butler - came from an earlier time: he is proud to be 'wet', and reckons all his paladins were pretty damp themselves. But more, Patten uses each phase of his life as a spur to reflect upon its contemporary situation - education, America, conservatism, Ireland, China, Europe and finally the question of links between violence and religion. Unlike one No.10 press secretary, Patten definitely 'does God'. At the end, the reader has an impression of someone who knows himself as well as any of us can, and who continues to think, passionately and intelligently, about the world around him. Wise, funny and opinionated, First Confession is a different sort of memoir, a meditation on personal and political identity which, in an age of simplification, reminds us of the complexities of both.

Chris Patten is currently Chancellor of Oxford University. As a British MP (1979-92) he served as Minister for Overseas Development, Secretary of State for the Environment and Chairman of the Conservative Party, being described afterwards as 'the best Tory Prime Minister we never had' (Observer). He is well known for being the last Governor of Hong Kong (1992-7), about which he wrote in East and West (1998). Both that and his most recent book, Not Quite the Diplomat: Home Truths about World Affairs (2005), were No. 1 international bestsellers. In 2008 he wrote What Next? Surviving the Twenty-First Century. He was made a Companion of Honour in 1998 and a life peer in 2005.