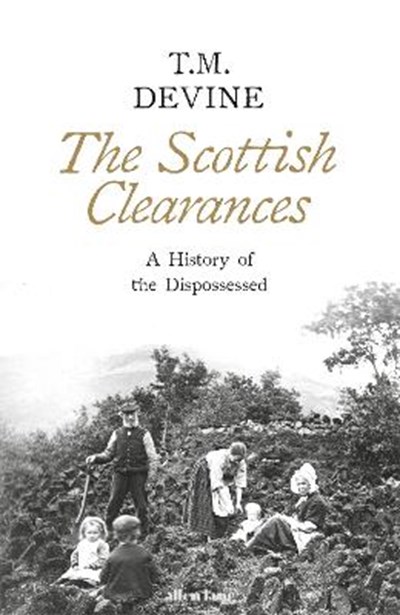 Publisher: Penguin Books Ltd
ISBN: 9780241304105
Number of Pages: 496
Published: 04/10/2018
Width: 15.6 cm
Height: 24 cm
Description Author Information Reviews
'A superb book ... Anybody interested in Scottish history needs to read it' Andrew Marr, Sunday Times Eighteenth-century Scotland is famed for generating many of the enlightened ideas which helped to shape the modern world. But there was in the same period another side to the history of the nation. Many of Scotland's people were subjected to coercive and sometimes violent change, as traditional ways of life were overturned by the 'rational' exploitation of land use. The Scottish Clearances is a superb and highly original account of this sometimes terrible process, which changed the Lowland countryside forever, as it also did, more infamously, the old society of the Highlands. Based on a vast array of original sources, this pioneering book is the first to chart this tumultuous saga in one volume, with due attention to evictions and loss of land in both north and south of the Highland line. In the process, old myths are exploded and familiar assumptions undermined. With many fascinating details and the sense of an epic human story, The Scottish Clearances is an evocative memorial to all whose lives were irreparably changed in the interests of economic efficiency. This is a story of forced clearance, of the destruction of entire communities and of large-scale emigration. Some winners were able to adapt and exploit the new opportunities, but there were also others who lost everything. The clearances created the landscape of Scotland today, but it came at a huge price.

T. M. Devine has written four books for Penguin: The Scottish Nation, Scotland's Empire, To the Ends of the Earth and Independence or Union. He is Sir William Fraser Professor Emeritus of Scottish History and Palaeography at the University of Edinburgh. In 2001 he was awarded the Royal Gold Medal, Scotland's supreme academic accolade, and has won all three major prizes for Scottish historical research. He was knighted in 2014 for services to the study of Scottish history. In 2018 he received the UK Parliament's All Party History and Archives Group Lifetime Achievement Award for Historical Studies.