Living with the Gods

On Beliefs and Peoples 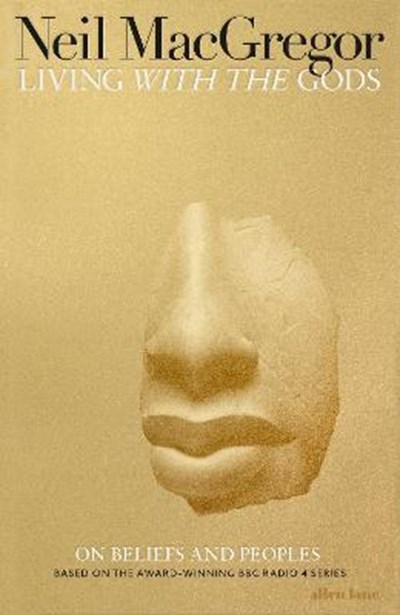 Living with the Gods

On Beliefs and Peoples

QTY
Add to Basket
Publisher: Penguin Books Ltd
ISBN: 9780241308295
Number of Pages: 512
Published: 17/09/2018
Width: 16.7 cm
Height: 24 cm
Description Author Information Reviews
A panoramic exploration of peoples, objects and beliefs over 40,000 years from the celebrated author of A History of the World in 100 Objects and Germany, following the new BBC Radio 4 documentary and British Museum exhibition. One of the central facts of human existence is that every society shares a set of beliefs and assumptions - a faith, an ideology, a religion - that goes far beyond the life of the individual. These beliefs are an essential part of a shared identity. They have a unique power to define - and to divide - us, and are a driving force in the politics of much of the world today. Throughout history they have most often been, in the widest sense, religious. Yet this book is not a history of religion, nor an argument in favour of faith. It is about the stories which give shape to our lives, and the different ways in which societies imagine their place in the world. Looking across history and around the globe, it interrogates objects, places and human activities to try to understand what shared beliefs can mean in the public life of a community or a nation, how they shape the relationship between the individual and the state, and how they help give us our sense of who we are. For in deciding how we live with our gods, we also decide how to live with each other. 'The new blockbuster by the museums maestro Neil MacGregor ... The man who chronicles world history through objects is back ... examining a new set of objects to explore the theme of faith in society' Sunday Times

Neil MacGregor was Director of the National Gallery, London from 1987 to 2002 and of the British Museum from 2002 to 2015, and Chair of the Steering Committee of the Humboldt Forum in Berlin from 2015 to 2018. His previous books include A History of the World in 100 Objects, Shakespeare's Restless World and Germany: Memories of a Nation, all available in Penguin and now between them translated into more than a dozen languages. In 2010, he was made a member of the Order of Merit, the UK's highest civil honour. In 2015 he was awarded the Goethe Medal and the German National Prize. In 2018 the radio series Living with the Gods received the Sandford Saint Martin Award for Religious Broadcasting.