AI and the Problem of Control 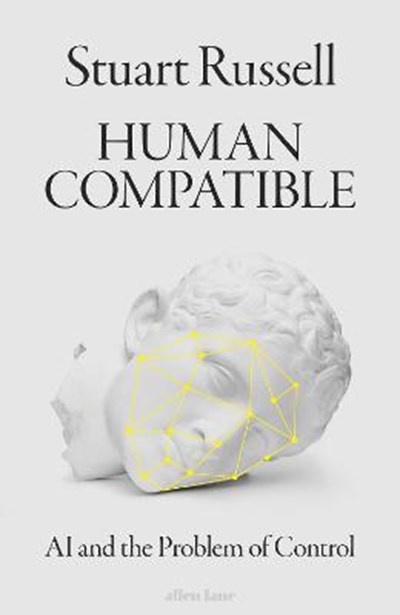 AI and the Problem of Control

Publisher: Penguin Books Ltd
ISBN: 9780241335208
Number of Pages: 352
Published: 08/10/2019
Width: 16.2 cm
Height: 24 cm
Description Author Information Reviews
"The most important book I have read in quite some time" (Daniel Kahneman); "A must-read" (Max Tegmark); "The book we've all been waiting for" (Sam Harris) LONGLISTED FOR THE 2019 FINANCIAL TIMES AND MCKINSEY BUSINESS BOOK OF THE YEAR; A FINANCIAL TIMES BEST BOOK OF THE YEAR 2019 Humans dream of super-intelligent machines. But what happens if we actually succeed? Creating superior intelligence would be the biggest event in human history. Unfortunately, according to the world's pre-eminent AI expert, it could also be the last. In this groundbreaking book on the biggest question facing humanity, Stuart Russell explains why he has come to consider his own discipline an existential threat to our species, and lays out how we can change course before it's too late. There is no one better placed to assess the promise and perils of the dominant technology of the future than Russell, who has spent decades at the forefront of AI research. Through brilliant analogies and crisp, lucid prose, he explains how AI actually works, how it has an enormous capacity to improve our lives - but why we must ensure that we never lose control of machines more powerful than we are. Here Russell shows how we can avert the worst threats by reshaping the foundations of AI to guarantee that machines pursue our objectives, not theirs. Profound, urgent and visionary, Human Compatible is the one book everyone needs to read to understand a future that is coming sooner than we think.

Stuart Russell is a professor of Computer Science and holder of the Smith-Zadeh Chair in Engineering at the University of California, Berkeley, and an Honorary Fellow of Wadham College, University of Oxford. He has advised Number 10 and the United Nations about the risks of AI. In 1990, he received the Presidential Young Investigator Award of the National Science Foundation, in 1995 he was co-winner of the Computers and Thought Award and in 2005 he received the ACM Karlstrom Outstanding Educator Award. He is the author (with Peter Norvig) of Artificial Intelligence: A Modern Approach, the Number One bestselling textbook in AI which is used in over 1,300 universities in 118 countries around the world. He was born in England and lives in Berkeley.