Silence of the Girls

Shortlisted for the Women's Prize for Fiction 2019 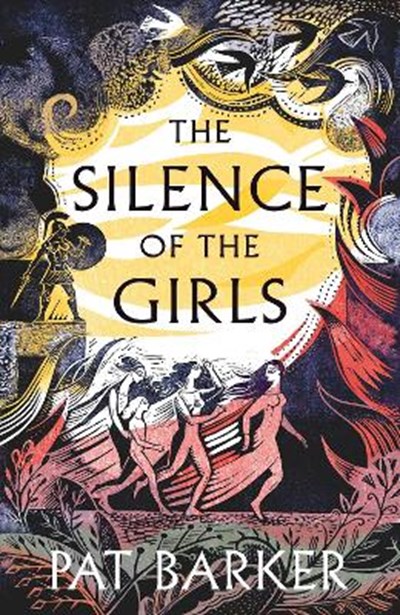 Silence of the Girls

Shortlisted for the Women's Prize for Fiction 2019

Publisher: Penguin Books Ltd
ISBN: 9780241338070
Number of Pages: 336
Published: 30/08/2018
Width: 16.2 cm
Height: 24 cm
Description Author Information Reviews
Shorlisted for the Women's Prize for Fiction and the Costa Novel Award Booker-winning novelist Pat Barker imagines the untold story of the women at the heart of history's greatest epic 'Magnificent... You are in the hands of a writer at the height of her powers' Evening Standard 'Chilling, powerful, audacious... A searing twist on The Iliad. Amid the recent slew of rewritings of the great Greek myths and classics, Barker's stands out for its forcefulness of purpose and earthy compassion' The Times 'A stunning return to form' Observer There was a woman at the heart of the Trojan war whose voice has been silent - till now... Briseis was a queen until her city was destroyed. Now she is slave to Achilles, the man who butchered her husband and brothers. Trapped in a world defined by men, can she survive to become the author of her own story? Discover the greatest Greek myth of all - retold by the witness history forgot. 'Make[s] you reflect on the cultural underpinnings of misogyny, the women throughout history who have been told by men to forget their trauma... You are in the hands of a writer at the height of her powers' Evening Standard Praise for Pat Barker: 'Barker delves unflinchingly into the enduring mysteries of human motivation' Sunday Telegraph 'She is not only a fine chronicler of war but of human nature' Independent 'Barker is a writer of crispness and clarity and an unflinching seeker of the germ of what it means to be human' Herald 'You go to her for plain truths, a driving storyline and a clear eye, steadily facing the history of our world' Guardian

Pat Barker was born in Yorkshire and began her literary career in her forties, when she took a short writing course taught by Angela Carter. Encouraged by Carter to continue writing, she sent her fiction out. Thirty-five years later, she has published sixteen novels, including her masterful Regeneration Trilogy, been made a CBE for services to literature, and won the UK's highest literary honour, the Booker Prize. Her last novel, The Silence of the Girls, began the story of Briseis, the forgotten woman at the heart of one of the most famous war epics ever told. It was shortlisted for the Women's Prize for Fiction, the Costa Novel Award and the Gordon Burn Prize, and won an Independent Bookshop Award 2019. The Women of Troy continues that story. Pat Barker lives in Durham.