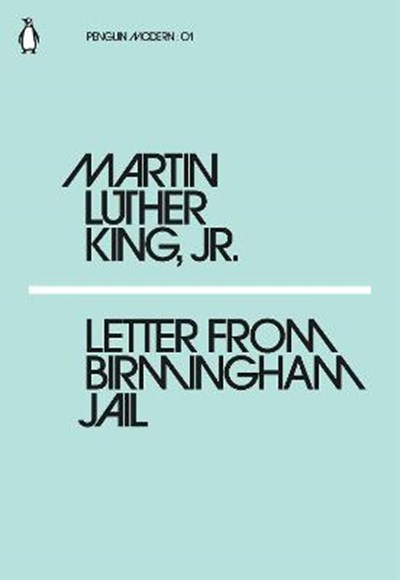 QTY
Add to Basket
Free UK P&P
Publisher: Penguin Books Ltd
ISBN: 9780241339466
Number of Pages: 64
Published: 22/02/2018
Width: 11.2 cm
Height: 16.1 cm
Description Author Information Reviews
'Injustice anywhere is a threat to justice everywhere.' This landmark missive from one of the greatest activists in history calls for direct, non-violent resistance in the fight against racism, and reflects on the healing power of love. Penguin Modern: fifty new books celebrating the pioneering spirit of the iconic Penguin Modern Classics series, with each one offering a concentrated hit of its contemporary, international flavour. Here are authors ranging from Kathy Acker to James Baldwin, Truman Capote to Stanislaw Lem and George Orwell to Shirley Jackson; essays radical and inspiring; poems moving and disturbing; stories surreal and fabulous; taking us from the deep South to modern Japan, New York's underground scene to the farthest reaches of outer space.