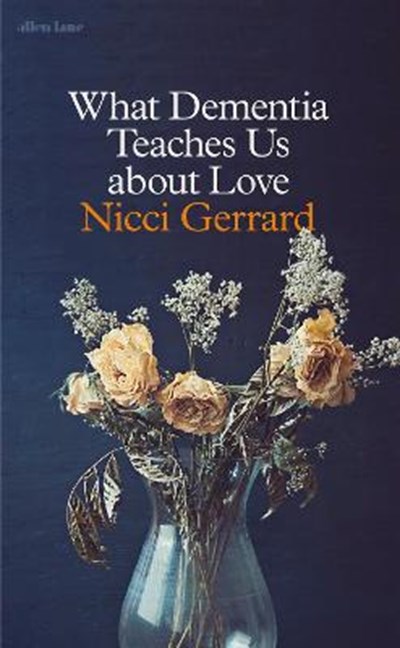 Publisher: Penguin Books Ltd
ISBN: 9780241347454
Number of Pages: 272
Published: 04/04/2019
Width: 14.4 cm
Height: 22.2 cm
Description Author Information Reviews
A SUNDAY TIMES, NEW STATESMAN AND FINANCIAL TIMES BOOK OF THE YEAR 'Essential reading about love, life and care' Kate Mosse 'Dementia is all around us, in our families and in our genes; perhaps in our own futures. If it's not you or me, it's someone we love.' After her own father's death from dementia, the writer and campaigner Nicci Gerrard set out to explore the illness that now touches millions of us, yet which we still struggle to speak about. What does dementia mean, for those who live with it, and those who care for them? This truthful, humane book is an attempt to understand. It is filled with stories, both moving and optimistic: from those living with dementia to those planning the end of life, from the scientists unlocking the mysteries of the brain to the therapists using art and music to enrich the lives of sufferers, from the campaigners battling for greater compassion in care to the families trying to make sense of this 'incomprehensible de-creation of the self'. It explores memory, language, identity, ageing and the notion of what it truly means to care. And it asks, how do we begin to value those who become old, invisible, forgotten? What do we owe them, and each other as humans? What, in the end, really matters?

Nicci Gerrard is a writer and campaigner, a celebrated novelist and recipient of the 2016 Orwell Prize for Journalism 'Exposing Britain's Social Evils'. This work grew out of her father's death from dementia in 2014 and her belief that the disease, its impact on individuals, families and wider society, needed light thrown upon it in order to improve the experience and support of those affected. Nicci Gerrard is also co-founder of John's Campaign, named after her father, which has campaigned to give carers of those with dementia the same rights as parents of children to accompany them in hospital. Recognised by NHS policy makers, by charities, by nurses and doctors and carers, almost every hospital across the UK has now signed up.