An Antidote to Chaos 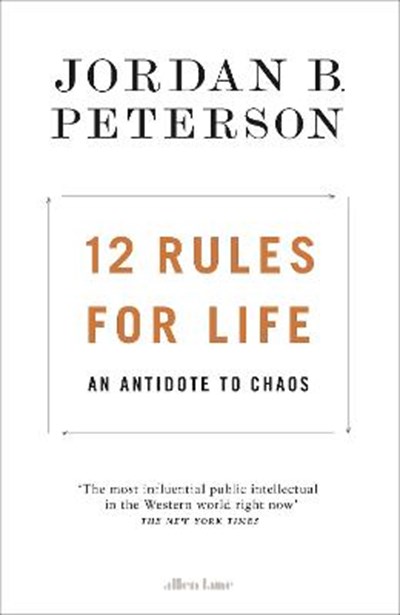 An Antidote to Chaos

Publisher: Penguin Books Ltd
ISBN: 9780241351635
Published: 16/01/2018
Description Author Information Reviews
The #1 Sunday Times and International Bestseller from 'the most influential public intellectual in the Western world right now' (New York Times) What are the most valuable things that everyone should know? Acclaimed clinical psychologist Jordan Peterson has influenced the modern understanding of personality, and now he has become one of the world's most popular public thinkers, with his lectures on topics from the Bible to romantic relationships to mythology drawing tens of millions of viewers. In an era of unprecedented change and polarizing politics, his frank and refreshing message about the value of individual responsibility and ancient wisdom has resonated around the world. In this book, he provides twelve profound and practical principles for how to live a meaningful life, from setting your house in order before criticising others to comparing yourself to who you were yesterday, not someone else today. Happiness is a pointless goal, he shows us. Instead we must search for meaning, not for its own sake, but as a defence against the suffering that is intrinsic to our existence. Drawing on vivid examples from the author's clinical practice and personal life, cutting edge psychology and philosophy, and lessons from humanity's oldest myths and stories, 12 Rules for Life offers a deeply rewarding antidote to the chaos in our lives: eternal truths applied to our modern problems.

Jordan B. Peterson is a Professor of psychology at the University of Toronto. The author of 12 Rules for Life, the multi-million copy bestseller that has sold in over 40 languages worldwide, he's taught mythology to lawyers, doctors and business people, consulted for the UN Secretary General, helped his clinical clients manage depression, obsessive-compulsive disorder and anxiety, and lectured extensively in North America and Europe. With his students and colleagues, Dr. Peterson has published over a hundred scientific papers, and his book Maps of Meaning revolutionized the psychology of religion. Formerly a professor at Harvard University, he was nominated for its prestigious Levenson Teaching Prize.