From Pericles to Putin 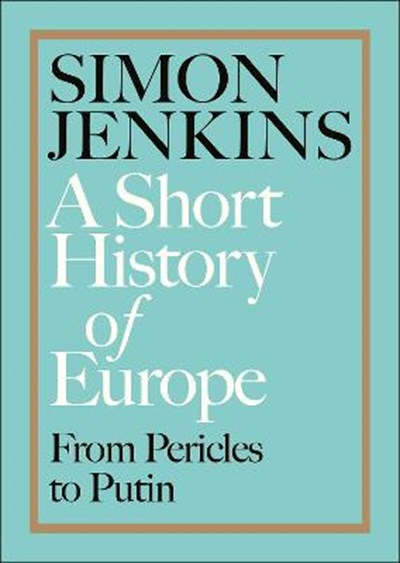 From Pericles to Putin

QTY
Add to Basket
Publisher: Penguin Books Ltd
ISBN: 9780241352502
Number of Pages: 400
Published: 08/11/2018
Width: 16.2 cm
Height: 22 cm
Description Author Information Reviews
The first short narrative history of the continent, from the author of the bestselling A Short History of England Europe has for two millennia been a remarkably successful continent. In this dazzling new history, bestselling author Simon Jenkins tells the story of its evolution from a battlefield of warring tribes to peace, wealth and freedom - a story that twists and turns from Greece and Rome, through the Middle Ages, Reformation and French Revolution, to the two World Wars and the present day. Jenkins embraces individuals from Julius Caesar and Joan of Arc, to Wellington and Angela Merkel, as well as cultural figures from Aristotle to Shakespeare and Picasso. Tracing themes down the ages, from youthful ambition and religious conflict to geographical constraints and invasion, he brings together the key forces and dominant periods into one chronological narrative - all with his usual insight, colour and authority. While experiencing almost constant turbulence, Europe has left an indelible mark on the world. How did one small continent become so powerful? How did these diverse peninsulas and islands, over time, develop a collective consciousness? How did diplomacy so often collapse into bloodshed, and what are the implications of this today? Despite the importance of Europe's politics, economy and culture, there has not been - until now - a concise book to tell this story. Covering the key events, eras and individuals, Jenkins' portrait of the continent could not be more timely - or more masterful. Praise for A Short History of England 'A handsome book ... full of the good judgements one might hope for from such a sensible and readable commentator, and they alone are worth perusing for pleasure and food for thought' Michael Wood, New Statesman *** 'Europe's diversity and military supremacy, its dynamism and economic energy, its scientific prowess and cultural creativity give it a special place in human history. Even today, in a period of relative decline, it remains a magnet to refugees, migrants, scholars and travellers from across the world... For all its oppressions, cruelties and ongoing mistakes, I see it as a remarkable corner of the globe.' *** Praise for England's Thousand Best Houses 'Any passably cultured inhabitant of the British Isles should ask for, say, three or four copies of this book for Christmas...I can imagine no better companion on a voyage across England.' Max Hastings, Daily Telegraph